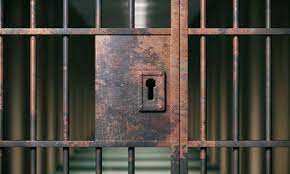 A businesswoman who allegedly forged and applied an existing trade marker on her Goods has been arraigned before Buganda road court and charged with Fraud related offences.

The suspect identfied as 35 year old Kunahibire Evelyn,  a resident of Matuga Town in Wakiso District.

She appeared before grade one magistrate Marion Mangeni who charged her with three counts including Forging or Counterfeiting, Selling goods with False Marks and Falsely applying a registered trade marker.

She denied the said offences, but was released on a one million cash bail , whileher suruties were ordered to execute a non cash bail of 50 million shillings to make sure that she returns to court on the 20th of this month for Mention of the case.

Evidence shows that in the month of August 2021,in Kampala district, with intention to defraud,tge suspect  forged or Counterfeited Weedmaster Trademark of Bukoola Industries limited, applied it and in sold the said  goods containing the alleged forged trademark, well Knowing that it was the trademark was registered. End.