Makuutu Project sets 1,200 jobs for people in the Busoga region 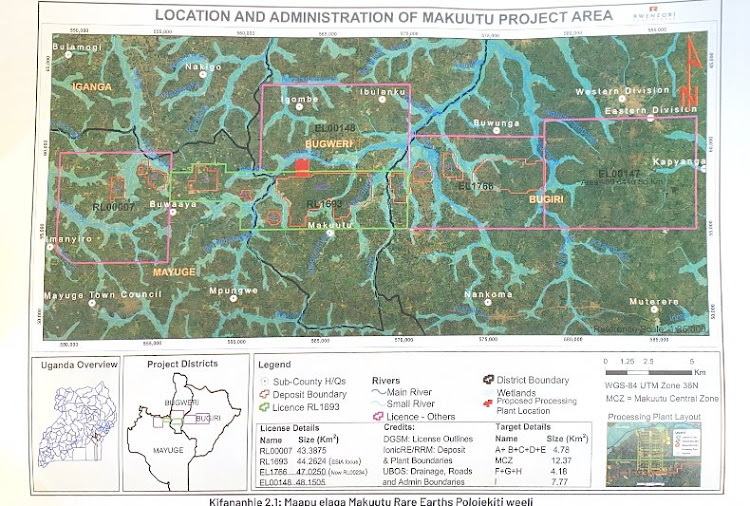 The Makuutu project is expected to provide employment opportunities to the people ofUganda, and contribute to poverty eradication and prosperity this according to Rachael Magoola Women representative in Bugweri District.

She adds that the project will further address the challenge of rudimentary mining methods and informality in the mining sector by adopting best practices.Makuutu’s contribution to positive community development outcomes through its progressive rehabilitation strategies are expected to convert currently degraded farmland used for shifting.

Mining will involve a pre-strip of 1m of topsoil which will be stockpiled adjacent to the pitusing a truck and shovel operational method. The REE are hosted in ionic-adsorption clay.The ore will be hauled to the Run-of-Mine (ROM) pad according to Patience Singo theCountry Manager Rwenzori Rare.

‘‘Global demand for Rare Earth Elements (REE) is increasing based on a shift in macroevents relating to the deployment of renewable energy, electric vehicles and communications.The existing REE supply chain is dominated by China, with world governments nowbecoming increasingly concerned with future supply and access to their own REE supplysecurity. The growing economy of China is creating a worldwide risk to supply, as China’sincreased consumption has led to limited exports of rare earth elements,’’ he adds.

The Minister of State for Minerals, Hon Peter Lokeris says, ‘‘the mining industry in thecountry is progressively growing. However, the vast potential of mineral deposits remainsuntapped. Therefore, to unlock the country’s mineral potential, Uganda’s vision 2040 and theNational Development Plan III aim at building a strong mining industry that will contributeto the country’s economic and social development.’’The US$7.6 billion revenues that the Makuutu Project will generate over its life will add ofUS$380M plus corporate tax contributions of US$965M over the life of the project accordingto Patience Singo the Country Manager Rwenzori Rare.