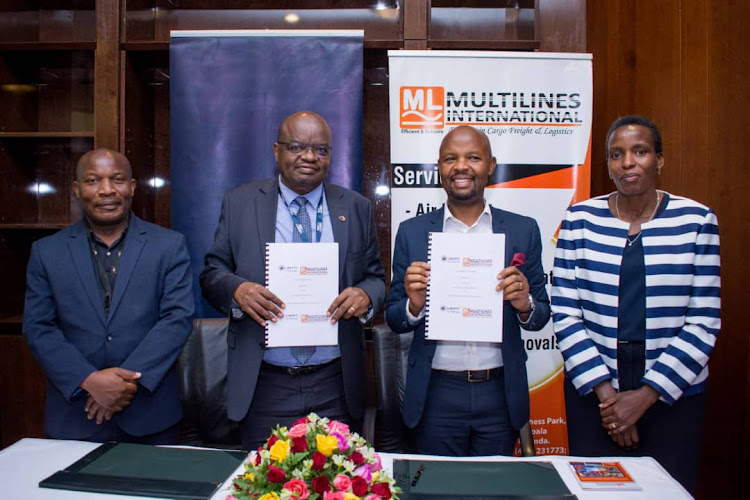 The Uganda Revenue Authority Ag. Commissioners for Trade, Brenda Kateu has urged companies in the insurance industry to build strong and long-term partnerships to aid in the full implement the government’s directive on Marine and Cargo Insurance.

Through Uganda Revenue Authority and Insurance regulatory Authority, effective 1st July 2022, the government imposed a law mandating all cargo Imported into Uganda by Sea, Air, or Road must be insured by locally owned insurance companies.

Kateu who was speaking at the launch of a new partnership between Liberty General Uganda and Multiline international Limited noted that educating business communities on procuring marine insurance cargo locally should be a priority in this partnership. " I want to encourage multiline and liberty to continue to grow this relation’’ she noted

According to her, Uganda's Revenue Authority is trying to complete the automation of Marine cargo insurance because it is a directive and it must be enforced.  She adds that they have gone back to the drawing board to perfect and to complete that automation between the Insurance regulatory authority –IRA and URA’s ASYCUDA system so that when this procurement is done for local marine insurance from different insurance companies it easily fed into ASYCUDA, we don’t have to ask for hard copies, attachments, it will just be seamless communicated to Uganda revenue authority.

We appreciate the position you have taken, and we are optimistic that this will be an opportunity to gain clear and systematic data from the insurance companies that we can rely on not just for tax but also for planning purposes on the side of government. She added

The law intended to protect Ugandan importers and exporters whose good were covered by offshore insurers facing long and complicated processes, especially when filling insurance claims. 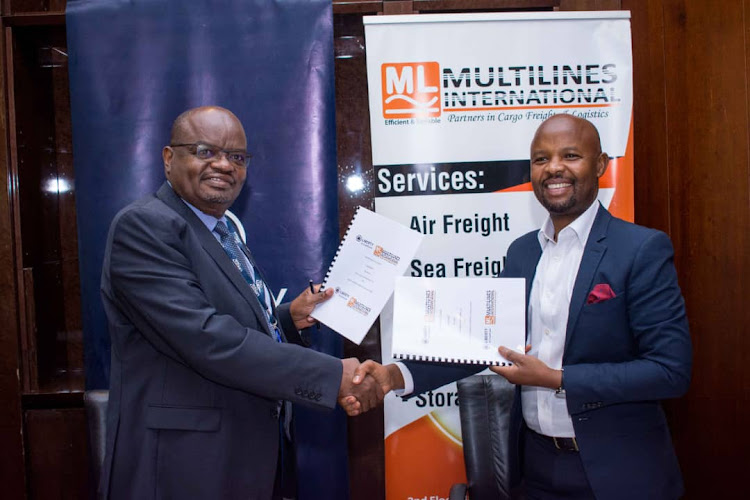 For his part, Peter Makhanu, the managing director at Liberty General Uganda stated that their optimism that the partnership will assist business cover losses associated with importation.

We are proud that every customer’s needs are taken care of, we strongly believe that marine and cargo insurance will help cover the costs associated with property damage and liability claims to importers. He added

According to him, one of the things that they need to make the public aware is that how easy it is to claim because the pin point is at times most of the insuring public when it comes to claims they always accuse insurers for coming in with various clauses and so on to avoid the claim.

What we want also to focus on in this partnership is to educate and make sure that the public are aware of the contracts they are signing or entering in. he added.

On behalf of Multiline international limited, Mr. Gerald Mukyenga, the Group Managing director, noted that in this partnership they are joining hands to make Uganda’s insurance industry and economy a success.

‘’ The launch of this partnership, Marks a significant development where to players from different sectors forge a strategic alliance to attain synergy for mutual business advantage. We have been witness to many importers paying insurance for air, land and sea using foreign insurance but ignoring the domestic insurance companies. This therefore as step in the right direction for the insurance and logistics industry’’ he said.

According to the insurance regulators, if the directive fully implemented, the government will earn over 100 billion annually which has been losing by through procuring foreign insurance.

Steven Kaddu Mukasa, an official at Uganda insurance regulatory authority noted that with this law in place, the insurance sector will continue to realize a steady growth.