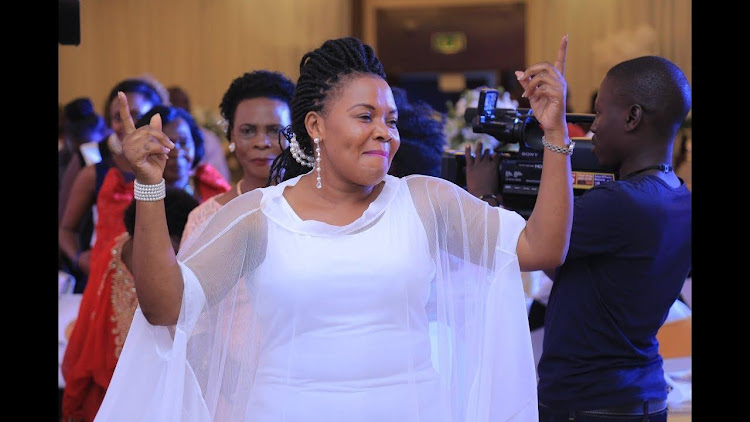 Self-exiled Gospel Singer Judith Babirye has issued an apology to all Ugandans and especially to Lukia Ntale for the pain she caused her when she interfered with her marriage.

In a video message posted on her social media platforms, Babirye apologized to all Ugandans who were hurt by her actions in her previous marriage.

In July 2018,  the Former Buikwe woman Member of Parliament wedded fellow area MP  Paul Musoke Ssebulime in Bunga, Kampala district in an exclusive ceremony.  In less than a year of the controversial marriage, heavily pregnant Babirye fled to Canada, claiming some people were after her life.

In 2019, Musoke petitioned the high court seeking to annul their marriage citing many irreconcilable problems including the fact that he had not been able to live with   Babirye since December 2018, and that Babirye had denied him sex and subjected him to phycological torture. The divorce was later granted in January 2020 after the gospel singer did not contest it or appear in court.

She however made a special apology to Lukia Ntale, who was married to Sebulime at the time.

lastly but most importantly I want to apologise to Mukyala Lukia Ntale, for give me, forgive me. I' don't know how much I can stress this bit am so sorry".

Babirye continued to say that what she did was not right and asked Ntale to find space in her heart to forgive her. She added that forgiveness is divine and is not easy, but begged Ntale to forgive her. She further apologized to those who looked at her as a role model including the children of Uganda.  "To the nation of Uganda, please forgive me, to the children who look up to me as a role model and as an inspiration, please forgive me, what I did was not right,  I ask that you find it in your heart to forgive me.

Judith Babirye received criticism from people who were versed with the kiganda culture who were vocal about the abomination she had committed. Many did not agree with the idea of a twin getting married to a man who has fathered twins.

I have been seeing you with my husband knowing you were just friends,” she said, “When you came for the burial of my father, I saw you asking for my eldest child. The man you want to introduce is married. I am his wife and we have three children. You are a mother, a woman like me and a Born-again. I warn you to leave my husband alone,” Ntale stated.