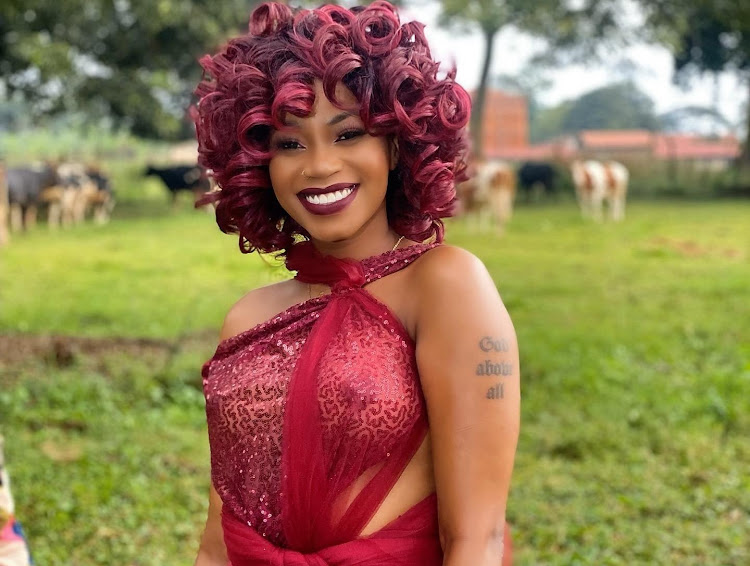 . @CID1_UG has instituted inquiries into the alleged incident of indecent assault against, Sheeba Karungi, a popular music artist, after she formally made her complaint at CID headquarters today 17.05.2022.https://t.co/2lupANX6p6

On 9th  May 2022 Sheebah shared a video claiming that she was sexually harassed by a Very Important Person (VIP) before her performance  though she didn't mention the man's name .

Her allegations created mixed reactions among her fans as they questioned who the man could’ve been,

Later on, renowned journalist Andrew Mwenda asked Sheebah to clearly explain  what happened  to her and who harassed  her  because some netizens  had started pointing fingers in his direction.

On 17th May 2022 Uganda Police released a statement pointing out that Sheebah made a formal complaint and gave all the details required concerning the incident and the CID already instituted inquiries into the case.

The Police Spokesperson Fred Enanga explained that Sheebah revealed   the man she alleges to have assaulted her, confuting   claims that have been spreading pinning Andrew Mwenda.

Enanga added  that a team of detectives has commenced investigations into the case to ensure justice for the victim. 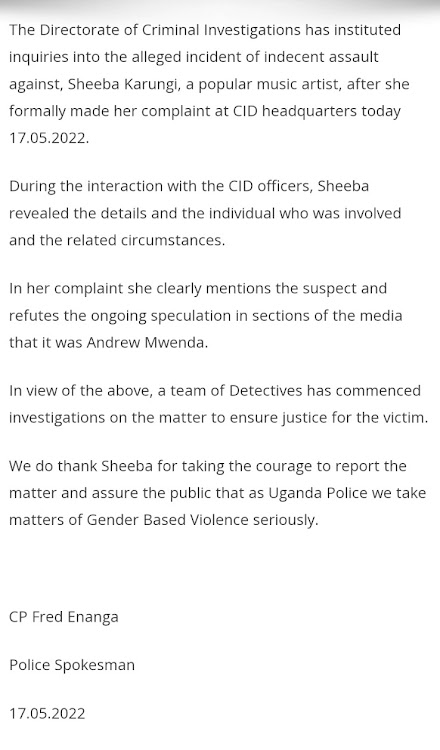