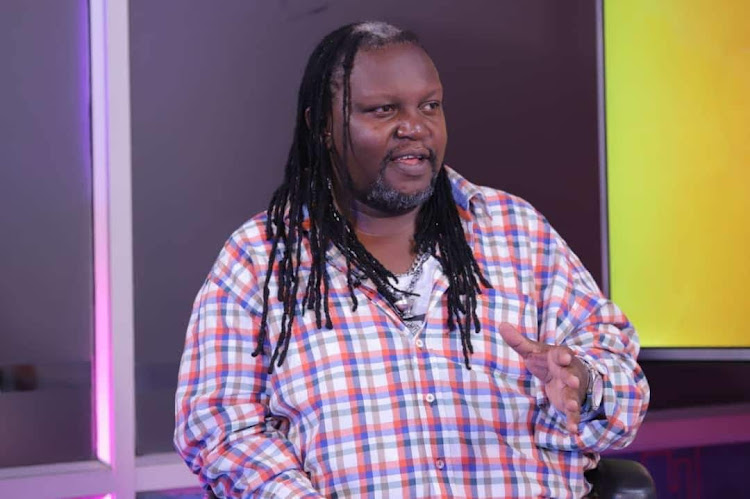 Government through the Ministry of Education and Sports  has  banned secular entertainment in schools following a video that went viral on social media portraying the indecency that is allowed in schools.

In the Statement released by the Ministry ,Primary and Secondary School principals were   cautioned not to hire allow secular artists to perform in schools.

The move also came at a time after the  Tororo Woman MP and Chairperson Uganda Woman Parliamentary Association Sarah Opendi’s call  to ban secular musicians from performing in schools claiming that the singers’ dress code and behavior while performing in schools is not good which affects the students’ mental health. 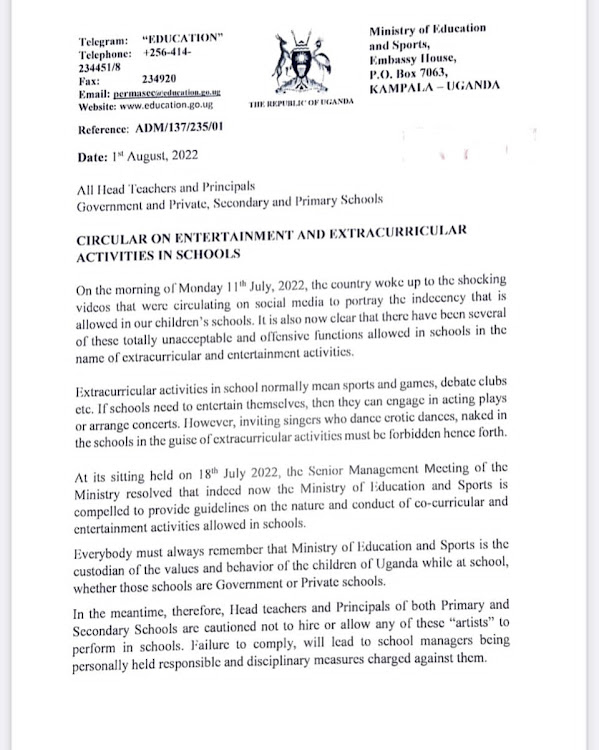 Letter from the Ministry of Education and Sports Courtesy photo

However artists say that the decision made by the government is unfair  to the secular musicians, students and other stake holders in the secular sector.

Legendary Singer Daniel Kazibwe alias Ragga Dee said that instead of banning circular music in schools, the government would have given guidelines on how that type of entertainment should be practiced reasoning that artists have been inspiring students to take on their talents.

He adds that several artists such as the Disc Jockeys (DJs),Master Of Ceremonies (MCs) and many others have been earning  from circular musiscians' performances  in schools therefore if they are banned ,those other beneficiaries have also been affected.

While making such a big decision, government didn’t take time to consult stake holders in the music industry ,for that reason it doesn’t know  how bad the decision will affect artists and students ,Ragga Dee stated.