Africa Laughs comedy show is back at Kololo Airstrip 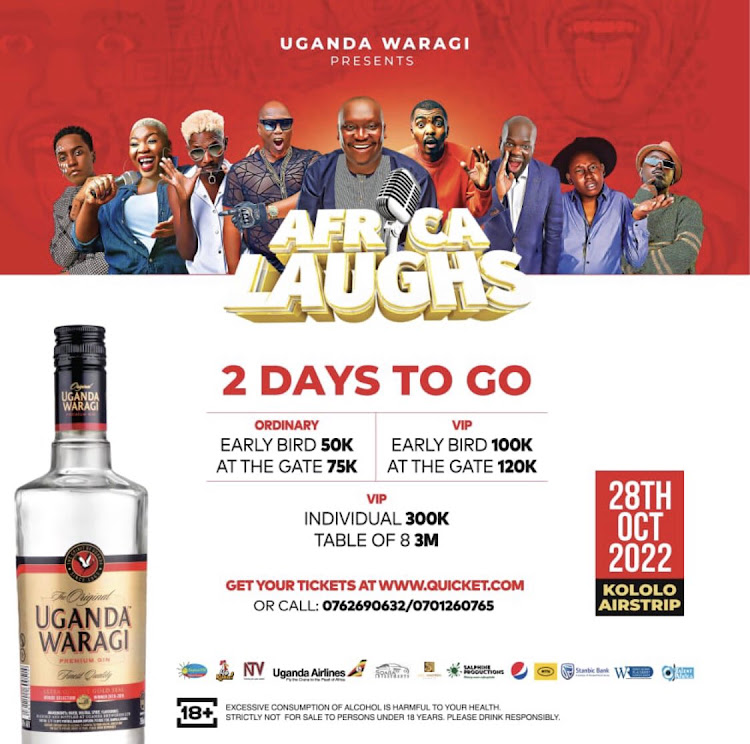 The show that is slated for 28th October 2022  at the Kololo Airstrip will feature a number of international comedians such as Eric Omondi from Kenya, Gordons from Nigeria, Q- Dube from Zimbabwe, Loyiso Gola from South Africa, Celeste Ntuli from South Africa, and Daliso Chaponda from Zambia

This sixth edition of Africa laughs will also feature four local artists like Dr Hilary Okello, Agnes Akite, among others and musical performances will be from Azawi and Ykee Benda.

According to Salvado the idea of Africa Laughs was born in 2012 and executed in 2013 after he returned from one of his biggest comedy shows that featured many international stars. His dream since then has been to bring together the biggest African stars in Uganda and since then, he has been doing it annually.