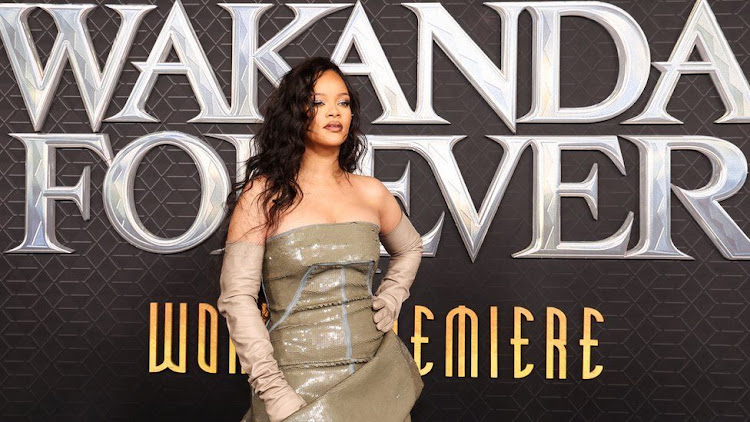 American singer Rihanna has released her first solo music  in six years titled "Lift Me Up", an emotional ballad written in tribute to the late actor Chadwick Boseman.

“Lift Me Up",  Rihanna's first new song since her 2016 album "Anti", features on the soundtrack of the upcoming Marvel film "Black Panther: Wakanda Forever".

The move is a sequel to the 2018 box office hit "Black Panther" in which Boseman played the lead King T'Challa.

Boseman ,the actor died at 43 years of age on 28th August 2020 after a four-year battle with colon cancer that he had kept private.

Lift me Up is downtempo but uplifting, and sees Rihanna's distinctive vocals projected over a smooth accompaniment of delicate keys and strings. The singer is accompanied by a subtle backing choir as the atmospheric song builds to its climax.

It was co-written by Rihanna, Coogler , Nigerian singer-songwriter Tems, who has previously worked with Drake, Justin Bieber, Future, Wizkid among others  Khalid, Beyonce.

The song was produced by the Swedish composer Ludwig Göransson, who scored the first Black Panther film as well as Creed, Venom and Tenet, he was also among the co-writers.

Lift Me Up is the first solo project  from Rihanna since the release of her album “Anti” in 2016.

Rihana’s involvement in Wakanda Forever is expected to increase fans' anticipation for the sequel to Black Panther, which was a huge box office success and scored a best picture nomination at the Oscars.

The movie that is set to be released on 11th November 2022, will see stars including Letitia Wright and Lupita Nyong'o reprise their roles as the kingdom of Wakanda fights to protect itself from invading forces in the wake of King T'Challa's death.

Rihanna last released her album “Anti,” in 2016 and since then she has collaborated with other artists such as PartyNextDoor and N.E.R.D., and appeared on the hugely successful Wild Thoughts alongside DJ Khaled and Bryson Tiller.

However the “Work”hit maker  has largely stayed quiet on the music front in recent years, as she focused on expanding her fashion, lingerie, skincare and cosmetics brand Fenty, as well as recently having a baby boy with rapper A$AP Rocky.