Dealing with anxiety amidst a pandemic

How are you dealing with anxiety? 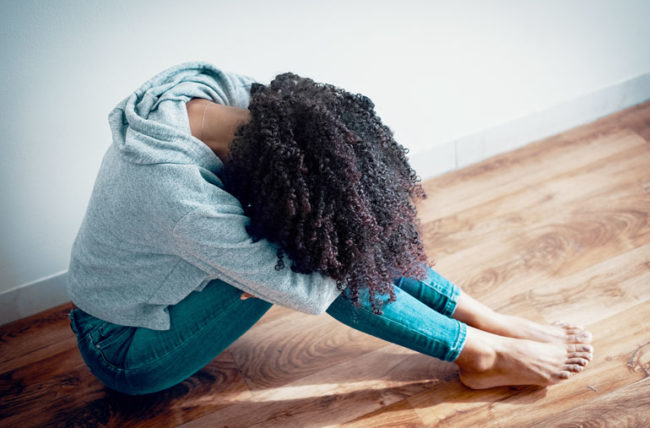 Nankya Monica lost her only brother in the last wave of the COVID-19. She was not able to bid him a final farewell because of the Lock down, “I always forget he is dead. I feel like he is alive but we haven’t talked in a while. I was getting worse by the day, I was now getting hallucinations and living in constant fear of dying. I always see him everywhere, sometimes, I lose breath, I can barely sleep.” She recounts.

At the sound of a siren, my stomach would churn,I would sweat, and feel like vomiting

Asiimwe recalls a point where the sound of ambulances and funeral service sirens sent a shiver down his spine.

A would be graduate Mukisa Brenda is grateful to God that she did not lose anyone close but her social media encounters sent her to the most depressing part of her life. She got depressed because every other minute someone was posting a parent, sister, brother or friend who’d lost the battle to COVID-19. It got to a point where if someone posted a photo, for whatever reason, my heart would thump right before reading the caption. “You had to expect anything,” says Brenda.

Cranmer Opendi shares that he constantly worried about how would continuously provide for his family during the extended lock down. He admits that he had spent most of savings during the last lock down. His employers were also threatening to down size the company which he says was understandable due to prevailing circumstances. “I kept praying that I wouldn't get stopped because I was the breadwinner. My wife was not working, the house maid due to fear of catching COVID-19, my wife had to stop working and watch over our toddlers.

Due to hefty bills most people were hard pressed to borrow money from money lenders. A money lender who preferred anonymity said it was a hard period because clearly when someone borrows money to treat a patient, it is not the kind you will easily get back. Some of these people borrowed money to clear bills but still lost their people. He shares that this made him anxious. “It is difficult demanding for money later on claiming security from a grieving person, but the business has to go on,” He says

Many people have been suffering anxiety in silence while many others have come out to share on social media to attract solutions.

Head of mental health at ministry health Dr. Hafiswa Lukwata says that continued anxiety blocks the mind, it causes laziness since the sufferer is afraid to face given tasks. She advises people with anxiety to address their fears, pray and talk to people as much as they can.

People who identify with extreme signs of anxiety should seek help from psychologists. There are drugs that can sooth effects of anxiety but people should see a doctor first for assessment before use.

Pastor Mukiza encourages people to continue reading the word of God and stay rooted, this season will pass. “People underestimate the value of meeting at places of worship but these provide comfort, fulfillment, care and advice about the difficult questions of life. When someone comes to church with premeditated evil, they are usually disarmed by what they are taught.

Nankya was lucky enough to realize that she was gradually gliding into depression and denial. She decided to take steps out of it. She resorted to sharing with friends and neighbors who were also struggling with similar issues. They decided to always pray and play together. “We bought some board games, and we also started to do road work together every morning and evening. We share movies and encourage each other.” She says. She is now healthier. When the travel ban was lifted, she was able to go and say a final farewell to her brother, it was painful but she says it has made her feel better.