The Amendments were Presented to the Supreme Mufti.

A six member team was appointed to carryout the work. 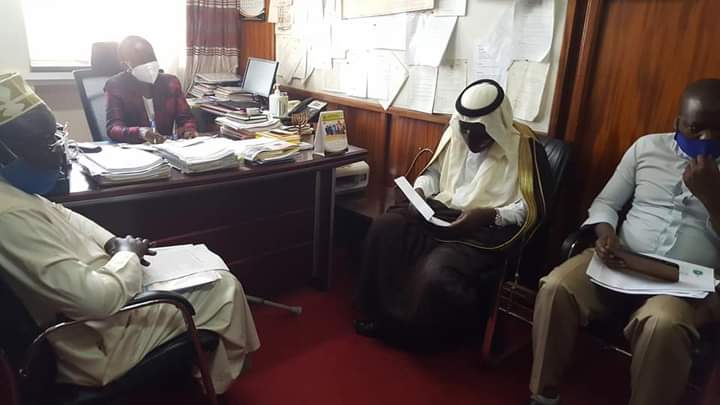 The team presented the Proposals including the Muslim General Election Road map  to the UMSC management Committee  in the Mufti's office at UMSC Headquarters in Old Kampala.

Management tasked the team to identify grey areas in the UMSC constitution make proposals based on their vast experience.

We thank the team for the tremendous efforts, which is going to ease our work. So it is upon the UMSC Management to adopt and  present the proposals  to the UMSC Constitution Review Committe  put in place by the UMSC General Assembly.

He further revealed that the Committe  is soon reaching out  to  all Muslims starting with leaders under UMSC  structures so that they present their proposed amendments to the UMSC  Constitution as they lobby for financial resources to fund the General Muslim polls.

His Eminence explained that the next Muslim General elections will take place under  to the amended UMSC Constitution.

“I have been at the helm of Council leadership for the last 20 years. We have really faced a lot of challenges and noted new trends within the Muslim Community that need to  be reflected in our constitution for steady progress,” Sheikh Mubaje said.

Speaking on Behalf of the team, Dr Kasenene thanked the UMSC Management Committee for entrusting them with the task despite  having retired from the council.

They pledged to offer more advice and support for the betterment of the management of Muslims affairs in the country when the need arises.