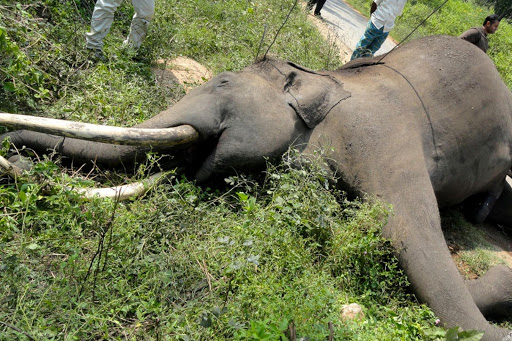 Uganda Wildlife Authority Public Relations Manager Jossy Muhangi says that the carcass of the 35-year-old elephant was found lying near a ground transformer with cables attached to a nearby electric pole.

Muhangi adds that the wire mesh fence surrounding the transformer, a few meters from the Visitor Information Centre, was smashed by the jumbo, trying to force his way through the enclosure. The body was discovered by rangers on patrol.

He says UWA management called Umeme, the power service providers, who temporarily switched off the power to allow the recovery of tusks from the carcass. Veterinary experts are conducting a postmortem.

This is the third case of reported fatal electrocution in less than four years following two other cases involving elephants in Katunguru and Fig tree areas of Rubirizi district.

The death however brings to two, the number of elephants killed in a space of less than a month. Two weeks ago, a KKT Bus knocked an elephant at Dima in Kiryandongo district at 2am as it attempted to cross the road. Three people and the elephant perished in the accident.