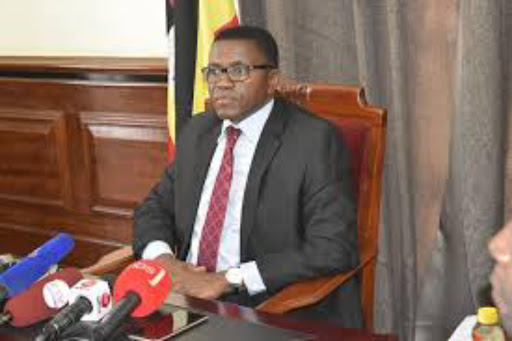 Housing Finance Bank, a leading mortgage bank, has with Buganda Kingdom embarked on a deal that will see the construction of over 400 housing units for low income earners in Sentema, Wakiso District.

This was in an event at Bulange Mengo, the seat of the Kingdom, witnessed by the Kingdom prime Minister Charles Peter Mayiga, Housing Finance Managing Director Michael Mugabi alongside other officials and Chinese construction firm, Guoji Group.

‘As a bank we are coming together with key stakeholders to ensure that we provide financing at very affordable rates’ HFB managing Director, Mugabi said.

He added that the bank will provide up to 95% credit of the price of the property at an annual interest rate of 17% per annum, capped at a repayment period of up to 10 years.

The Sentema estate will comprise of the 1, 2 and 3 bedrooms within a 20 km drive from Kampala city center, and will have a shopping mall, kids’ playing area, clinic, Green Park for wedding and birthday functions for residents according to Ms Windy Shen, the company’s resident managing director.

"A single bedroom house has been priced at UGX 58 million, two bedroom at UGX 95 million and three bedrooms at UGX 130 million" Shen said.

The signing of the memorandum of understanding was a culmination of a relationship that started in 2015, during the launch of the high-end Mirembe Villas- Kigo project when the Kabaka Ronald Muwenda Mutebi, tasked kingdom officials to think about his lower-rung subjects by building affordable houses.

Habitat for Humanity Uganda, reports that about 60 per cent of the population do not have adequate housing and about 12 million people have no place to call home while 24 million are living in substandard homes. This is coupled with a housing deficit of 2.4million units in Kampala alone.

In his remarks, Katikiro Peter Mayiga urged the government to extend socio-economic support to the Sentema area.

‘I appeal to the government to play its part as well concerning this project, the government should think about the roads, water, telephony and advising telecom networks to go to Sentema, build repeater stations because 400 houses require communication.’Mayiga noted.

Simon Kabogoza, the chief executive officer at the Buganda Land Board (BLB) revealed that each house sits on a defined plot of land with a ready title from Buganda Kingdom. The lease title is for 99 years with an automatic renewal clause upon expiry.