Uganda set to drag Kenya to court over milk blockade 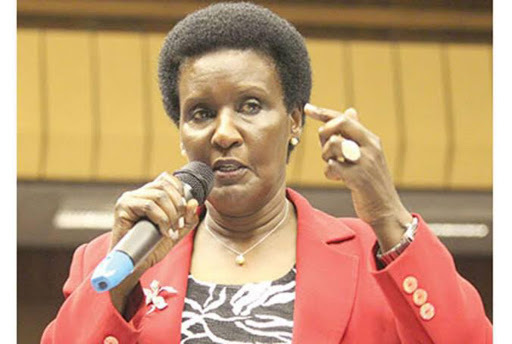 The Uganda-Kenya milk impasse is not about to end at least for now following the sluggishness in execution of resolutions by Kenya.

This is what lies in between the lines following the submissions from Uganda’s minister of trade, industry and cooperatives, Amelia Kyambadde while addressing Uganda’s parliament on the continued Prohibition of Ugandan Dairy Products to Access the Kenyan Market.

Kenya has in the last three years had trade related tensions with its landlocked neighbor, especially on milk products, which saw the climax with Nairobi confiscating hundreds of tonnes of Lato milk from Uganda in 2020.

Following this state of affairs, Uganda’s Parliament has also raised the matter saying that it is unfair, yet it (Uganda) acts as a ‘supermarket’ for Kenyan made goods with speaker Rebecca Kadaga having urged Ugandan dairy sector stake holders to consider legal action, if diplomatic channels fail.

According to Kyambadde, while reiterating what the Minister of EAC Affairs, Julius Maganda said, handling the matter with Kenya jointly is yet to yield any results.

The steps being taken to address the concern includes a review of existing Frameworks for Uganda - Kenya Trade which is governed by the East African Community frameworks, whose fundamental principles include, Mutual trust, political will and sovereign equality, Equitable distribution of benefits and Co-operation for mutual benefit.

‘The matter of Kenya's Non-Tariff Barriers on Uganda's dairy exports was a subject of discussion at the inaugural Session of the Joint Uganda-Kenya Joint Ministerial Commission held on 21't - 25th March 201 9, which preceded the State Visit by H.E President Museveni to Kenya on 27tr'' -29th March 2019. The issue was effectively resolved during the meeting of the Ministerial Commission.’Kyambadde said.

Nine Months later, ln December 2019, the mid-term review of the Uganda-Kenya Joint Permanent Commission was held in Kampala where the Kenyan delegation undertook a verification of Uganda's dairy sector since they had raised concerns about a surge in milk imports from Uganda that was threatening their own dairy industry, and they had doubts that the milk was indeed produced from and by Uganda. They visited several dairy processing factories and farms, and indeed confirmed that the milk was produced from, and by Uganda. However, the Kenyan delegation refused to sign the Joint Report.

At the end of December 2019, Kenya started denying import permits to specifically Lato Milk; and reportedly raided their distributors' warehouses in Kenya. The reasons given were that the milk was counterfeit and sub-standard yet it was certified by the Uganda Bureau of Standards.

Following this unprecedented move by the Kenyans, the Government of Uganda engaged the Government of Kenya on this matter, including summoning Kenya's High Commissioner to Uganda and issuing a Protest Note to him on 15th January 2020 and there has never been any response until today.

In light of that, the Trade minister says she will be meeting her counterpart to discuss and resolve all the issues in the last week of February 2021 before the next move which will most likely be referral to the East African Court of Justice for arbitration.