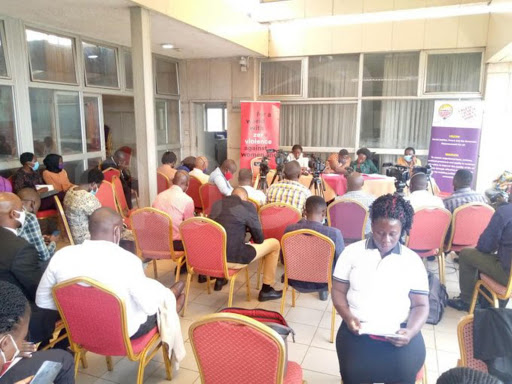 Female legislators under their umbrella body, the Uganda Women Parliamentarians Association (UWOPA) have urged president Museveni to appoint more Women in leadership positions in his sixth term of office.

Their remarks come ahead of commemorations to mark the international women’s day under the theme ‘women in leadership: Achieving an equal future in a COVID-19 world.

‘We request him to retain such big positions to be specifically for women and also ask him to consider appointing more women in Key decision making positions as we continue to advance gender parity in policies and development’, Nassiyo remarked.

The Population of Uganda as at 31st December 2020 was estimated at 45.7 million with 23.3 million females and 22.4 million male and there has increasingly been an increasing trend in women participating in politics, leadership and governance and in the just concluded election, Nancy Kalembe came 8th out of 11 presidential aspirants while Nabillah Nagayi Ssempala came second in the Mayoral polls, breaking the glass ceiling in a male dominated position.

According to data from the electoral commission, a total of 173 women representing 32.8% were elected and out of the 529 Members of Parliament.

This milestone, however, was attained during the COVID-19 lock down, as many women and girls’ rights were violated, rate of teenage pregnancies and early marriages soared and in Acholi sub region alone a total of 4062 cases of teenage pregnancies have been recorded in six out of eight districts within the first five months of the pandemic

Having women in leadership positions is empowerment for the girl child ,but Kamwenge Woman MP, Azirwe Dorothy Nshaija attributed family responsibilities and lack of funds to why less women were able to be elected in the just concluded elections. This amid calls to have a female speaker in the August House again.

‘In the previous parliaments we have seen the speaker being female and she has articulated her role therefore we advocate for the reappointment of a female speaker in the 11th parliament.’Nshaija said, adding that want president Museveni to appoint women in the position of vice president and Prime minister on grounds that there is an imbalance in how the three arms of government are run, with only males at the helm.

Woman MP for Koboko District, Baba Diri Margaret, representing persons with disabilities(PWDs) noted that there is need for civic education and facilities for interpreters for PWDs in the future elections because they were left out and just went to vote anyhow.

The parliamentarians have also appealed to government to implement laws regarding elimination of violence against women including, the prevention of trafficking in persons Act 2009,the Domestic Violence Act 2010,the prevention of Female Genital Mutilation Act 2009,Sexual Offences Bill 2019, Succession Amendment Bill 2018 and the Marriage and Divorce Bill 2009.