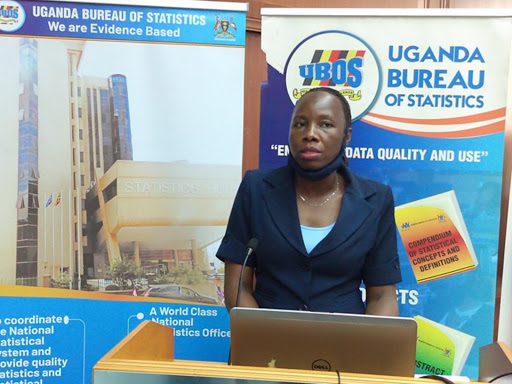 Ugandans will have to pay more money for food following the general increase in prices countrywide.

This according to the Uganda Bureau of Statistics while releasing the consumer price index report.

According to the Director Macroeconomic Statistics, Aliziki Khauda Lubega, the Annual Headline Inflation for the year ending February 2021 is recorded at 3.8%; Compared to 3.7% registered for the year ended January 2021.

This was attributed to Annual Food crops and related items inflation that increased to -4.3% for the year ending February 2021 compared to -5.6% recorded for the year ended January 2021.

The increase in Annual Food Crops & Related Items was mainly driven by Annual inflation for Vegetables that recorded -4.7% for the year ending February compared to -7.4 recorded for the year ended January 2021;

According to the senior statistician at the Uganda Bureau of Statistics Julie Nakayenga, those that have experienced an increase in prices include, peas, tomatoes, green pepper, cabbage, eggplants, green vegetables, Nile perch and sugar.

Relatedly those whose prices have reduced include of fruits and Matooke.

‘Price reductions have been registered with citrus fruits and tobacco in that category to include lemon, oranges, French beans, tobacco leaves, matooke and passion fruits’ Nakayenga noted.

However, the monthly Energy Fuel and Utilities Inflation decreased by 0.1% during February 2021 compared to 2.8% recorded in January 2021.