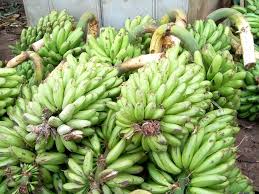 Acram Rwambamba has appeared before grade one magistrate Valerian Tuhimbise and pleaded not guilty to the said offence.

He has been remanded until the 23rd of May for trial.The stolen items belonged to a one Zaituni Nabbosa a trader of Matooke.

Prosecution says the accused and others still at large on April 4th 2021 at Kyebando in Kampala stole 20 bunches of Matooke all valued at UGX 400,000.