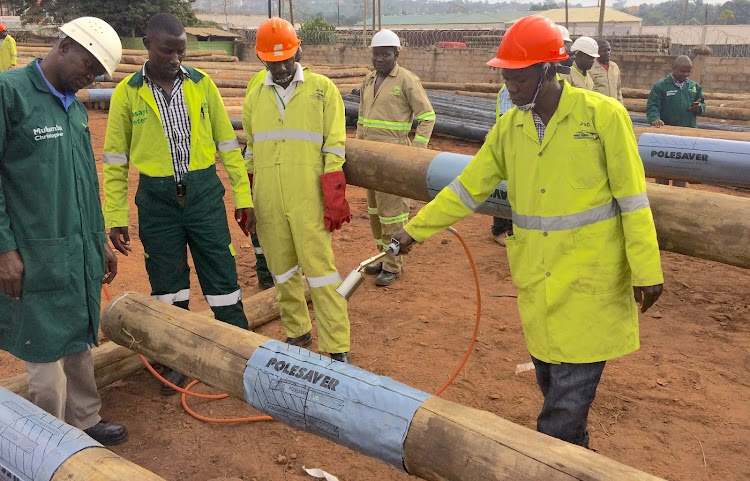 Members of parliament sitting on the committee of Natural Resources have expressed disappointment in the minister of energy, Maria Goretti Kitutu over failure to bring evidence that the agency is still independent.

This while she appeared before the committee requesting for over UGX 90 billion for rural electrification amid concerns that the body might be merged with the mother ministry and should not qualify for the funds.

Upon failing to sufficiently explain herself, on why the process is taking slower than normal, it raised suspicion that the line ministers might be at loggerheads.

It is in light of that disagreement that Busia Municipality MP, Macho Geoffrey questioned why the minister continues to appear alone to answer to queries in the budget and accountability process.

"We noted that there is a problem of management among the ministers because why does the minister come alone to defend a government budget process alone. We call upon the prime minister to rectify this problem because he is the monitor of ministers." Macho noted.

While discussing the ministerial policy statement for FY2021/22, the minister was reminded that the government had prioritized power distribution, unfortunately it has been observed that the cost of power has increased.

‘Relatedly, how do we sanction the release of more funds to an agency whose legality is not clear and cannot be explained, save for an alleged conversation with the attorney general in the corridors that the minister is telling us? These are government matters that should be written and not discussed in corridors to become statutory! The Busia Municipality MP remarked.

According to the minister, the first statutory instrument number sixty legalizing REA was replaced by the second in court, however the chairman of the committee Keefa Kiwanuka, wondered why she changed position on the matter, choosing to refer to the attorney general for interpretation having promised that she would herself guide the committee on the attorney general’s interpretation.

Meanwhile, another member of the committee Ruhinda North Legislator Hon Thomas Tayebwa wants the abolition of service fee charges on Ugandans who own Yaka Meters.

He said that fee is reminiscent of the service charges that telecom firms used to impose on Ugandans when they had just arrived adding that the Yaka service fee is broad day robbery and extortion.

People are receiving lesser units than what they are paying for and UMEME in their explanation are including service fee. We are saying service fee has to stop. We cannot go back to the analogue era. Which service are you giving me when I am not using your power?

As the committee wound up, Robert Kasande, the Permanent Secretary Ministry of Energy Mineral Development revealed that the issue of redeemed energy was a challenge.

‘Power plants are developed and we needed to have developed evacuation lines which due to various reasons including land acquisition, were not constructed on time and so power plant developers are charging us redeemed energy and the money that has been allocated to us is not anywhere near what we need. We need about shs. 91bn more yet were given UGX 9bn in the budget.’ he said.

He also noted that the aerial survey of Karamoja was progressing well and issues to do with the budget of REA are that it exists as a fund in the law and is managed under an instrument created by the minister and so it is a fund under the ministry whose vote qualifies for funds to deliver a service to Ugandans.