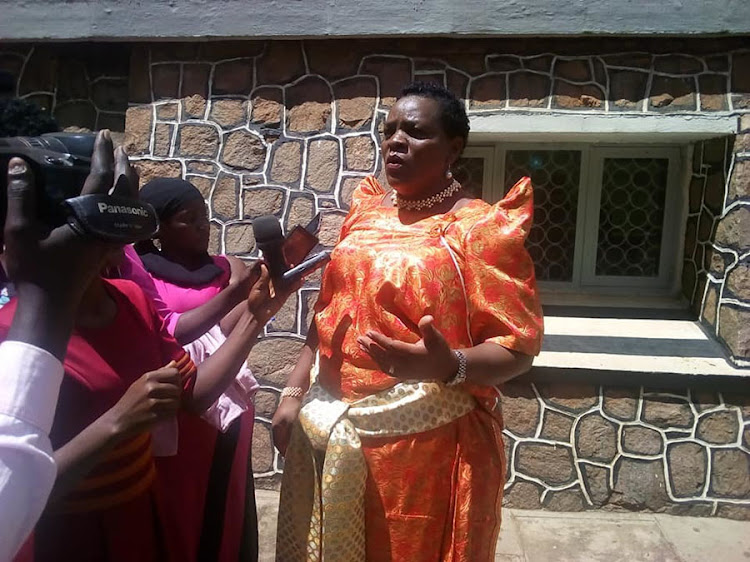 The State minister for Gender and Cultural Affairs Peace Mutuuzo has appealed to Government to set up a special fund for Karamoja Sub region to fight against Gender Based Violence and Female Genital Mutilation that increased as a result of COVID-19 lock down.

Mutuuzo says her ministry will mobilize resources to empower structures and networks to fight these vices and develop a community radio to help in mobilization of the communities on issues of Gender based violence and Female Genital Mutilation as well as promoting government programs in the area.

Mutuuzo says when the schools were closed the girls who were living in rescue centers had to go back home but shortly they were recalled because their parents were forcing them into early marriages after undergoing female genital mutilation.

"We’re forging a plan for the continuity of the efforts of the development partners in the fight against female genital mutilation and gender based violence." Mutuuzo emphasized.

The Chairperson Amudat district Nangole Joseph Labot says that at Kalasi girls Primary School rescue center, the number of girls rescued from undergoing female genital mutilation has increased from 9 before COVID-19 to over 40.

Amudat District Local Government is set to host its first court session this tomorrow since the district was created in 2010 and among the pending cases to be heard are those of female genital mutilation.

Amudat District Local Government Chairperson Nangole Joseph Labot says Amudat district has not had any Court with the nearest in neighboring  Nakapiripirit District located over 30 kilometres away.

He adds this had denied justice especially to those victimized in gender based violence and female genital mutilation practices as witnesses could easily drop out of cases for failure to afford transport to Nakapiripirit to testify.