The group was arrested trying to traffic a three month baby to Sudan. 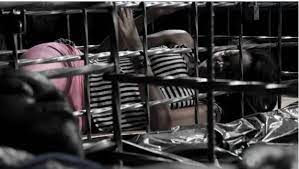 A South Sudan based businessman has been arraigned before Mwanga II Magistrate Court and charged with attempt to traffic a three month old baby to South Sudan.

They  appeared before Grade one court  magistrate Timothy Lumunye who charged them with attempted trafficking in persons and  conspiracy to commit an offence.

They however denied the said offences  and were remanded to Kitalya government prison until the 27th of this month, while the female suspect was released on a five million cash bail.

While denying Kayonde and Dr.Akankwasa bail, the magistrate ruled that they lacked substantial sureties because the ones  they presented did not know the names of their LC1 Chairpersons  or their village defense leaders.

Prosecution states that on the 8th of September 2021 at Star Royal Motel in Makindye division Wakiso district, the three  while using fraud intentions  offered 20 million shillings to Josephine Nassaka  in order to traffic Danielle  Sserwadda , a  3 months old toddler to South Sudan.

The police revealed that the Office of the Director of Public Prosecutions had evidence against Dr.Gerald Akankwasa and his co accused on charges  including  aggravated trafficking in human beings.

They were arrested on the 8th of September at Star Royal suits Hotel in Entebbe with the said child.

Police named the final buyer of  the babies is  Monica Akello, a South Sudanese.