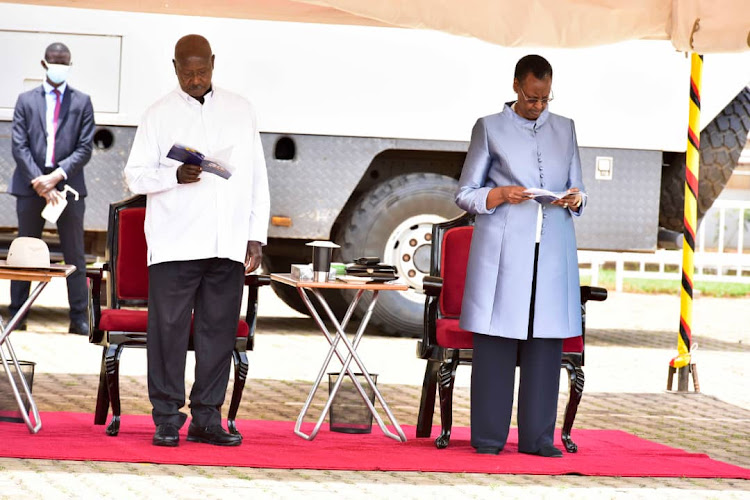 President Yoweri Museveni has expressed concern that revenue collected to date of Shs 19 trillion is far below the needed funds to finance the country’s budget, leading to the tendency of borrowing internally and externally.

The president has therefore urged the management of Uganda Revenue Authority to eradicate corruption in the tax body and realize enough revenue to finance the country’s budget.

At infancy in 1991, URA’s collections were about UGX 180 billion with a tax to Gross Domestic Product (GDP) ratio of 6.83%. In the second decade of existence, we rose to Ugx 1.2 Trillion in collections in the financial year (FY) 2001/02 ascending concurrently with the Tax-to-GDP to 10.44%.

The continuous growth in revenue can be attributed to the introduction of new tax regimes to compliment collections throughout the 1990s. These include Value Added Tax in 1996 and Income tax in 1997.

In 2010/11, collections grew to UGX 5 trillion, an increment of about 400% from the start of the decade. This curve rose immensely to over UGX 19 trillion by the close of the FY 2020/21. This particular year registered remarkable performance having been marred by the COVID-19 pandemic.

In the FY 2020/21, URA contributed 53% to the actual budget expenditure. The organization now envisions funding the national budget by 100%. This is reechoed in URA’s new vision of a Transformational Revenue Service for Uganda’s economic independence.”

President Museveni noted that the hemorrhage in tax collection is mainly rampant at the border points where goods brought into the country are either under or falsely declared due to absence of scanners causing heavy losses in revenue collection. 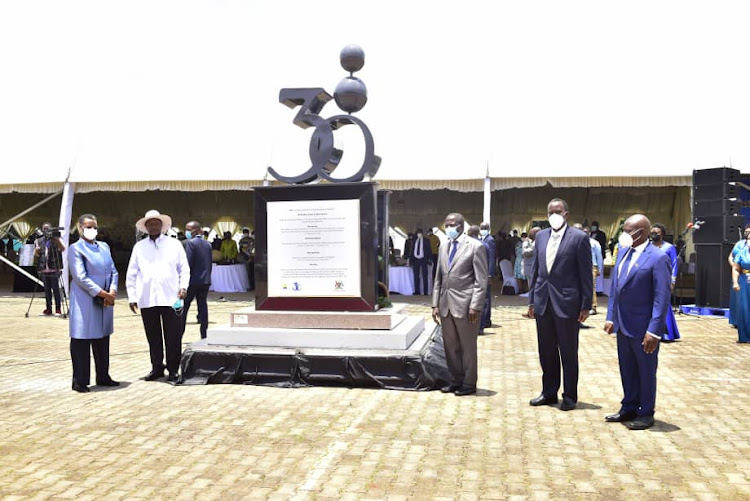 Museveni accompanied by the First Lady and Minister of Education and Sports Janet Kataha Museveni was speaking at the thanks giving ceremony organized by the Tax Body, Uganda Revenue Authority (URA) that was celebrating her 30 years of existence at Kololo Ceremonial Grounds was graced by religious leaders, former and current administrators of the tax body, among others.