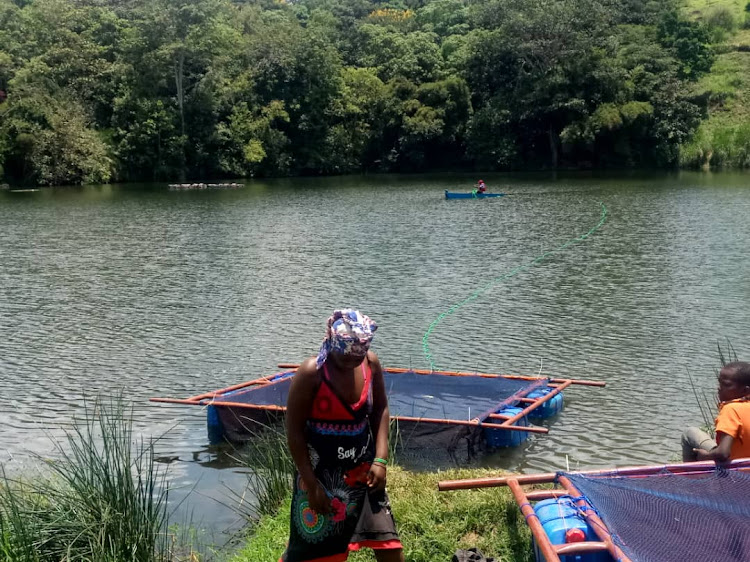 Fish cage being installed on Nyanswiga crater lake after commissioning of the project
Image: NAADS

Government through the National Agricultural Advisory Services (NAADS) has launched a 5-billion-shilling project to promote cage fish farming on the 49 crater lakes in Kabarole district. The project implemented under the Presidential Initiative on Agro Industrialization for local economic development (AGRILED) in the Rwenzori Region will create 5000 jobs and  is aimed at transforming local government system to facilitate effective business oriented local development with a focus on poverty reduction and sustainable wealth creation.

Kabarole District is one of the few areas in Uganda endowed with crater lakes which are mainly used as tourist sites with miniature fishing activities around these lakes.The district is gifted with 49 crater lakes in total, however, most of them have not been fully utilized for fishing due to limited technology to exploit the deep lakes, yet these water bodies have the potential to serve in a versatile capacity for fish production.

Speaking during the launch of the project, Kabarole District, Grace Fatuma Kazigati the NAADS Agribusiness Development Officer said the project will be implemented in a phased manner starting with the 4 sub counties of Ruteete, Kichwamba, Kasenda Sub County and Kasenda Town Council.

Under the project, the farmers will be trained in fish production, provided with fish fingerlings for stocking and also given 30 fish cages with each installed and stocked with 3,500 fingerings.

“These creator lakes were selected after a feasibility study on the nature of the waters and their past history of supporting fish life. We have already started the implementation of the project by training them in areas of mind-set change, development of business plans, cost benefit analysis for fish farming and the role of farmer organizations in maximizing profits in cage fish farming. In addition, we have equipped the farmers with knowledge, skills and information on technical aspects of cage fish production,” she said.

She revealed that they have also trained the Extension staff in charge of each of the four pilot sub-counties to enable them follow up and further guide the farmers on how to maximize their profits.

.According to the National Development Program (NDP III), government plans to increase fish production by 2030 with the fisheries sub sector expected to produce up to 1,000,000 metric tons mostly through revamped aquaculture and restocking of small lakes. 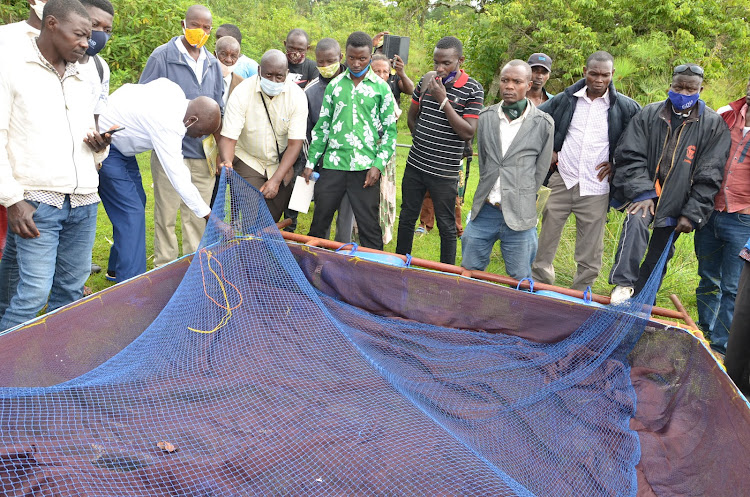 NAADS officer for Rwenzori region Dennis Yiga[4th left] training some of the fish farmers on setting up a fish cages
Image: NAADS

The Fisheries Officer Kabarole, Baguma Brian cautioned the farmers to take the project seriously citing good feeding for the fish as a must if they are to benefit from the Government support.

The Vice Chairperson Kabarole district Stella Kyorampe said the project will not only help the district to tap the fast-growing market opportunities and increasing demand of fish at local, regional and international markets, but will also create employment opportunities for locals within the area.