State admits to having a missing 50 year old 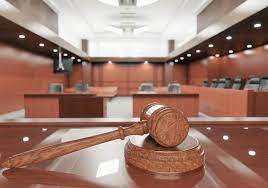 The state has finally admitted to having Amos Turinawe Rwangomani in their custody after he was reported missing by his family on the 6th of September 2021.

State prosecutor Moses Mugisha informed High Court Judge Musa Ssekaana that the suspect is currently on remand at Kitalya government prison after he was arraigned before the General Court Martial yesterday and charged with Unlawful Possession of a Firearm.

Mugisha further tendered in Court a charge sheet indicating that on the  11th of October 2021 around 1500hrs at Makerere_Kivulu in Kampala District, was found in unlawful possession of a pistol and 13 rounds of ammunition being the monopoly of the Defence Forces.

The 50-year-old suspect, a Farmer of Kickwamba Village in Bushenyi District was arrested from Speke Hotel in Kampala by unknown people believed to be security operatives.

Mugisha made the revelation when justice Musa Ssekaana was hearing a habeas corpus application filed by the suspect's Wife Claire Atekateka in which she wanted Court to compel the state to produce in court her husband dead or alive.

She had sued the Director Chieftaincy of Military Intelligence Abel Kanduho, the Chief of Defence Defence Forces and the Attorney General of Government to produce her husband; dead or alive. And as a result,  the habeas corpus application was withdrawn.