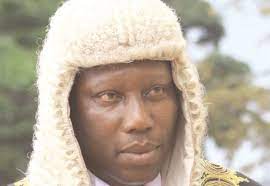 The Court of Appeal has upheld a 15 year jail sentence handed to three men who cut their victim after a robbery, leaving them in critical condition.

Mutagamba Pascal, Mugagga Maurice and Ssesolo Kuku,were on the 9th of May 2021, convicted of aggravated robbery by Masaka High Court Judge Akiki Kiza and ordered to spend 15 years in Prison  which they  appealed .

On Tuesday three Court of appeal justices led by Cheborion Barishaki have however, ruled that the said sentence was neither harsh nor excessive and ordered them to serve their full sentence.

The same court has reduced a 43 year jail sentence that was handed to a 20 year old Herdsman who defiled his boss' two year old granddaughter.

Nkwanga Eric was on the 22nd of December 2016 convicted and sentenced to 43 years in prison for aggravated Defilement of a two year old girl by Masaka High Court Judge Flavian Zeija which he appealed on ground that it was harsh and manifestly excessive.

Three Court of Appeal Justices  ruled that the said sentence was harsh and excessive and substituted it with a 26 year jail term.

According to Prosecution, on the 8th of April 2013, the Appellant who was a herdsman at the victim's grandmother's garden, defiled the child while at home and was caught in the act by the girl's grandmother.