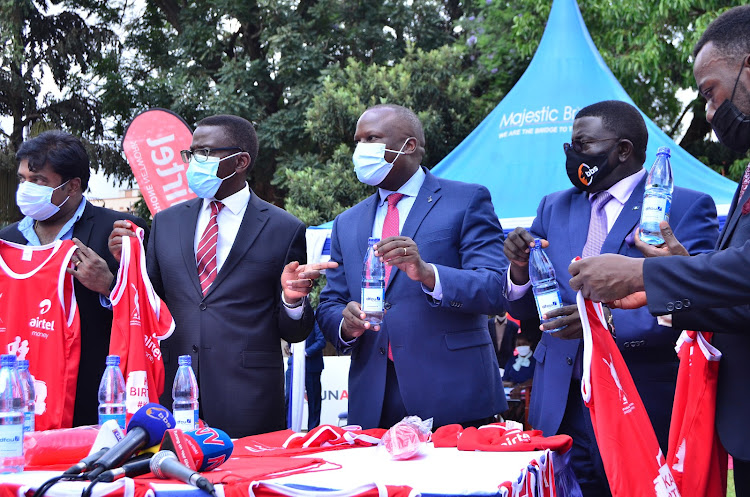 This year's Kabaka Birthday Run is aimed at encouraging men to take the lead in the fight against HIV/ AIDS by getting tested, treated, and ultimately protecting girls and women against infection.

The 2021 Kabaka Birthday Run was officially launched at Bulange, Mengo on Thursday and will be held under the theme “Men against HIV/AIDS to save the girl child”.

Speaking during the official launch and announcement of the date for the run, Buganda Prime Minister Charles Peter Mayiga noted that due to COVID-19 restrictions, few participants will be taking part in the day’s activities at Bulange, Mengo while others will be attending the same , virtually.

Katikiro Owek. Mayega noted that the proceedings from the run will go along away in fighting against HIV/AIDS.

He further implored Ugandans to take Kabaka’s campaign against the spread of HIV/AIDS seriously.

This year's event will be held in partnership with Dfcu Bank and Airtel phone company’.

“The success stories of our country, in any given sector or sphere cannot be written without collaboration from each of us. Today, at this launch ceremony, we are calling on men to champion the fight against the prevalence of HIV/ AIDS among girls and women.” Dfcu CEO, Mathias Katamba said .

He also applauded Buganda Kingdom for encouraging the national fight against HIV/ AIDS, saying “Men are in a unique position that allows them to enforce core interventions such as abstinence; faithfulness; HIV counseling and testing; elimination of mother-to-child transmission; HIV care and treatment and ensuring the empowerment of women to reduce gender inequality".

Mr. Katamba challenged men to start the conversations and initiatives that are essential to stopping the spread of HIV/ AIDS in our communities and country.