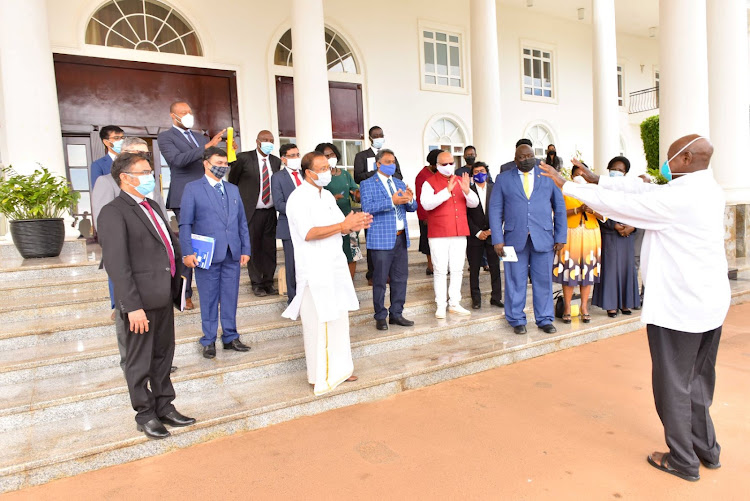 President Yoweri Museveni has said Uganda and India have agreed to strengthen commercial diplomacy and boost trade between the two countries.

During a meeting with the Minister of State for External Affairs & Parliamentary Affairs Government of India Hon. Shri Muraleedharan, President Museveni said he would work with the Prime Minister of India Narendra Modi regarding India’s offer of a concessional credit facility to promote rural power transmission and value addition in agriculture.

“Indians are one of our tribes. I am glad that we have that offer from India,” he said.

President Museveni also said he would work with India on the issue of training at the National Defence College in Jinja.

The two leaders discussed various issues including reduction of taxes on Uganda’s products including milk, Cocoa and Coffee. They also discussed the construction of the Mahatma Ghandi Convention and Conference Centre in Entebbe where government has donated 15 acres of Land for the project.

The promise to allocate the land was made by government in 2018 during PM Narendra Modi’s visit to Uganda. Government has also allocated land for the Ghandi Cultural Center in Jinja. The two leaders also agreed to strengthen collaboration in Defense training at the National Defense College in Jinja.

Hon. Shri Muraleedharan who is on a three day working visit to Uganda brought warm greetings from India’s President Ram Nath Kovind and PM Modi to President Museveni and the people of Uganda. 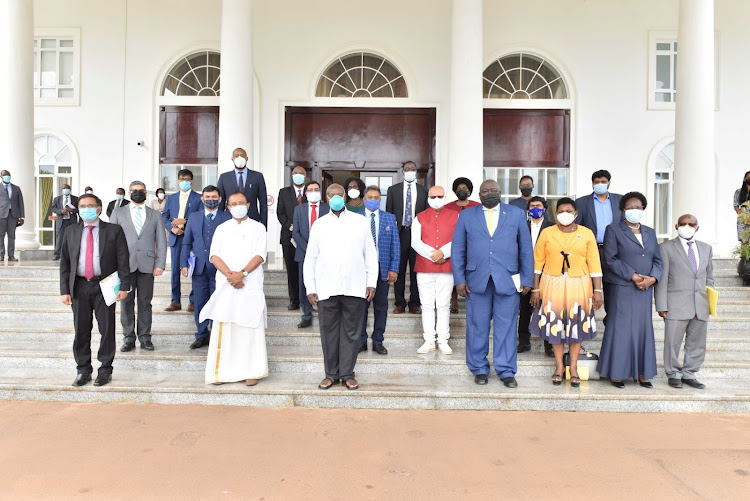 He thanked President Museveni for his support of the Indian Community in Uganda and for supporting India at the UN Security Council and assured President Museveni that his government will arrange for a subsidy in solar energy generation through the New Delhi based International Solar Alliance. The meeting was also attended by Sudhir Ruparelia the honorary Consul of the Republic of Nepal.