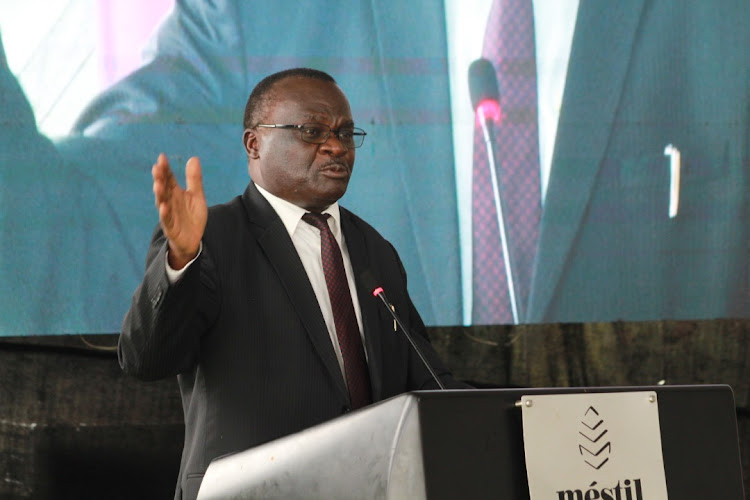 The Chief Justice Alifonse Owinyi Dollo has welcomed the decision by the Judiciary to hold a refresher course for  the newly appointed and deployed Magistrates on some of the new laws,the expectations and prospects of the new Judiciary,it's independence, Judicial accountability and stress management among others.

The Chief Justice made the remark, while Officiating at the ongoing two day annual Registrars and Magistrates conference in Kampala.

Justice Dollo noted that the refresher discussions in the ongoing Conference will be beneficial to the said Judicial officers since it is being facilitated by senior Juducial officers who know the challenges and the successes of the Judiciary unlike outsiders.

The Chief Justice revealed that there has been an improvement in the character adaptation and official out put for the Registrars and Magistrates in performance of their duties according to their performance Report.

Your Worships, allow me to seize this opportunity to specially thank you for your onerous service. I have noted great improvements both in your character adaptation and your official output. The Top Management appreciates your noble effort and undertakes to ameliorate the challenges you have had to strain through in the process of delivering the Judiciary Services.

He further noted that as Judiciary,  they were aware that the majority of Ugandans continue to suffer injustices all over the country because of limited access to Courts of law or delayed Justice.

"For example, several surveys conducted by The Hague Institute for International Law  before the year 2020, revealed that, 84% of people in Uganda face one or more legal problems every year, and despite a slight decline in 2016 and 2019, the results remained largely consistent. The surveys of 2016 and 2019 revealed that when people were asked about their disputes 2 years later, roughly half of the serious legal problems they encountered were considered resolved and half were reported unresolved ".

He further noted that the survey data from 2019 predicts that every year there are around 13 million serious legal problems in Uganda. Of them, 4.7 million are abandoned and almost 2 million are pending.

" It was also reported that Justice takes place in many rooms: courtrooms, police rooms, or in open air in the community. Only 4% of the people who dealt with serious  legal problems took them to courts of law, and 96% sought justice elsewhere"CJ noted.

According to the Chief justice,  the said problems are rising from lack of trust in the system due to delayed Justice, failure to access courts of law .

He is however, hopeful that with the promised government support,  they will be able to bring services closer to every Uganda. 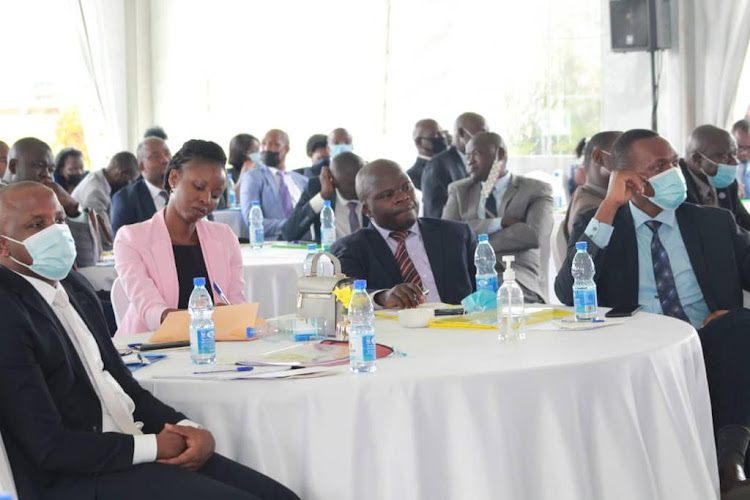 "I am glad to report that, with this support, we shall inaugurate another group of 43 Magistrates Grade One and 06 Deputy Registrars as we look forward to recruiting 03 Justices of the Supreme court, 14 Judges of the High Court; 09 Deputy/Assistant Registrars, 33 Chief Magistrates and 64 Senior/Principal Magistrates Grade One in addition to hundreds of support staff to beef up the various Courts stations."

He added that the Judiciary is still pushing for better funding to have it increased from 199 billion shillings to 373 billion shillings for financial year 202/2022 so that they can meet their planned priorities including; improving staff welfare, continuing to supporting and implementing existing case management systems,enhancing staff discipline, fighting Corruption and abuse of office among others.

He noted that the  judiciary is  ready to continue standing as one family in building this Institution for the good of us all; and for the most efficient delivery of justice. We encourage you to respect the processes and procedures in the Judiciary Service.

He urged them to always serve with utmost humility and integrity and make upright decisions without fear, favour, malice, affection, or ill-will .