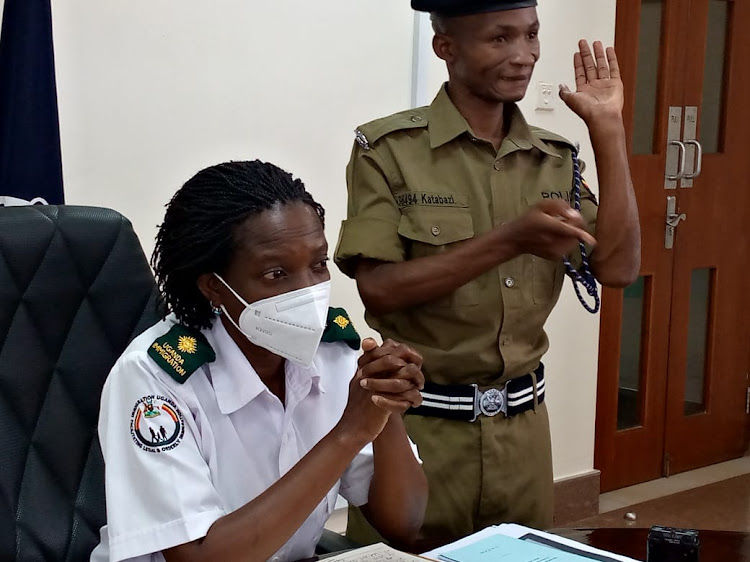 Agness Igoye the deputy coordinator against human trafficking in persons at the Ministry of internal affairs,addressing the media in Kampala
Image: Segawa Robert

An external Labor recruitment company  is in trouble for failure to repatriate their client from Saudi Arabia.

Agnes Igoye, the deputy coordinator against human trafficking in persons at the  Ministry of Internal affairs says they are investigating  Victoria  company located  along Salama Road in Makindye Division.

Igoye noted that one Malisi opened up a case of trafficking against Victoria at Katwe Police Station for failure to repatriate her daughter who fell sick while at work in Saudi Arabia two weeks ago.

Malisi alleges that his daughter was first admitted in a certain hospital in Saudi Arabia but they have lost communication with her and they don't know what's happening on her.

Igoye also warned Ugandans who are taken for external labor abroad as domestic workers to stop the tendency of absconding from their original placements of work when they move out of the country.