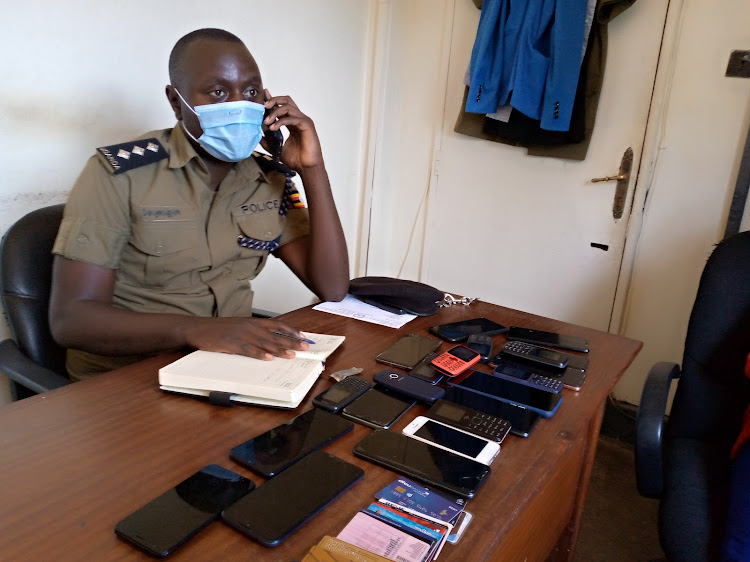 Police in Kabalagala is investigating circumstances under which Hussein Kakonge, 46 years  a former guard with Security 2000 located in Muyenga tried to grab a gun from police officer on duty.

The suspect had  sought refuge at Kabalagala station, but turned against police Constable Bamwesigye Junior with the purpose of disarming him of his rifle.

According to Luke Owoyesigyire Kampala Metropolitan Police spokesman,  Bamwesigye was manning the police counter when he was attacked after midnight at Kabalagala Police station.

Preliminary investigation shows that Kakonge introduced himself to officers at Kabalagala Police Station as a guard and he claimed that he was stranded after his bosses evicted him out of the house.

He told police officers that he was looking for a place to spend a night.

Owoyesigyire further adds that officers, under the police mandate of protecting life and property,  gave him beddings to rest near the counter but to  their surprise, Kakonge woke up at night around 1am and attempted to disarm an officer at counter.

He started using a helmet to assault PC Bamwesigye and later tried to grab his gun as shown in a footage that was captured on CCTV cameras.

The officer put up resistance until other officers, who were nearby, came and subdued the suspect, and Kakonge was arrested .

Owoyesigyire says Police did interrogation on the suspect and his background and it  has been established that Kakonge has a military background.

He joined the UPDF in 1996 and has previously served the UPDF in various missions in Somalia, fight against the Lord Resistance Army and others.

He deserted the UPDF after returning  from Somalia and later joined Security 2000, where he was also fired.

The police are currently working with the UPDF to ascertain more facts on why he deserted the force.

Owoyesigyire  appreciated the officers at Kabalagala Police Division for the vigilance and quick reaction they exhibited during the incident because the situation could have ended badly had the officer been disarmed.

The Kampala Metropolitan mouth piece urged police officers to remain vigilant and alert while on duty since the threat of targeting their guns still exists .

The suspect is currently at Kabalagala Police Division on  counts  of attempted murder, desertion and attempt to steal a gun.