Man on the run after trafficking abandoning 38 persons. 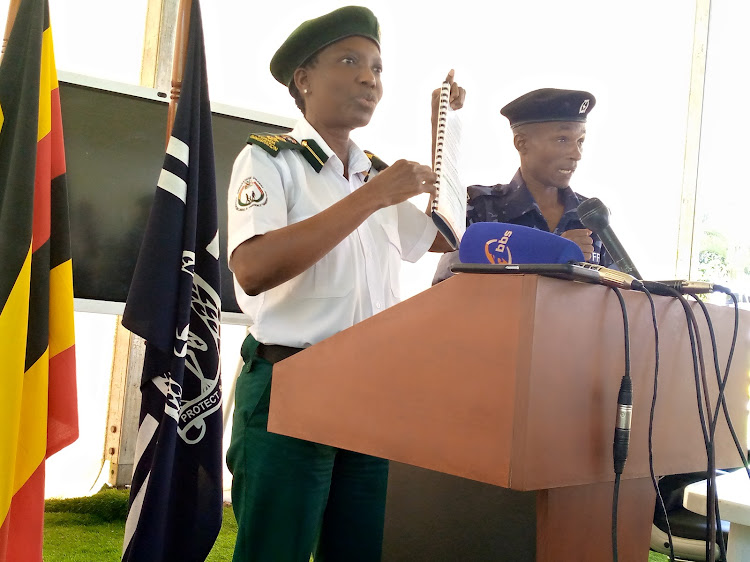 Police have launched a manhunt for a man who trafficked a group of 38 people and later abandoned them in a house in Luzira after promising them jobs.

Addressing journalists at the police headquarters in Kampala, Agnes Igoye the deputy coordinator in charge of trafficking in the Ministry of Internal Affairs said Chrish Nsamba brought the 38 from the districts of Mityana,Kiboga, Kassanda,Kamwenge,Masindi, Kabale and Kisoro after duping them that he would get them tailoring,hair dressing and mechanics jobs and to this, each paid between shs 350,000 and shs 650,000.

She noted that Nsamba had also promised to take some of these abroad for jobs and consequently took away their passports under the pretext of processing their travel documents.

Igoye notes that the victims include 8 girls, 9 boys,12 women and 9 men who after paying the money were abandoned in a house in Luzira as Nsamba went into hiding.

She says the hunt for the suspect is on but warned members of the public to be cautious about people who promise them jobs either within the country to abroad to be aware of traffickers.