Hamis Kiggundu bought an acre of Land in Kigo at shs 700.

The Kingdom of Buganda has called upon National Environment Authority NEMA to come out and condemn the acts of KIHAM Enterprises Ltd of getting certificates of titles that cut into the lake in Kigo Wakiso district. 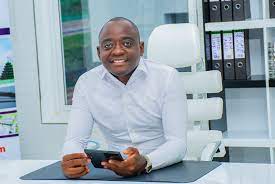 The Kingdom of Buganda has called upon National Environment Authority NEMA  to condemn the acts of KIHAM Enterprises Ltd of getting certificates of titles that cut into the lake at Kigo Wakiso district.

According to Minister for Cabinet,lukiiko, and information Noah Kiyimba, the kingdom is amused by how departments of government notably NEMA allowed  Hamis Kiggundu under his company to get certificates of title over a wetland that falls in the official Mailo of Kabaka.

Kiyimba notes that nothing shall force the Kingdom to stop the pursuit of cancellation of illegal freehold certificates of title for Hamis Kiggundu and the diversionary, defamatory statements shall not divert the Kingdom officials of Buganda Land Board from bringing to light the truth regarding this land.

Recently Hamis Kiggundu approached Mmengo for an engagement regarding his freehold certificates of title which were illegally created on Kabaka's Mailo land and agreed to surrender the said titles.

However, the kingdom was shocked when Hamis Kiggundu went against his words and informed the public that he wasn't ready to surrender his freehold certificates of title.

In this regard, Hamis went on to accuse officials from the Buganda Kingdom of trying to cancel his titles by calling them fraudsters which the minister said they let the law take its course.

Owek Kiyimba said that they condemn all statements made and published ridiculing the Kingdom officials and treat the same with the contempt they deserve because all that which has been done at all material time regarding this matter has been for and on behalf of the kingdom and fully authorized.

The last time we appeared before the commissioner and requested both parties not involve the media regarding the matter but they were shocked when Kiggundu deliberately ignored the commissioner's instructions/order and attacked and ridiculed the Kingdom employees and minister.