IGP Ochola directs police commanders to give protection to pilgrims 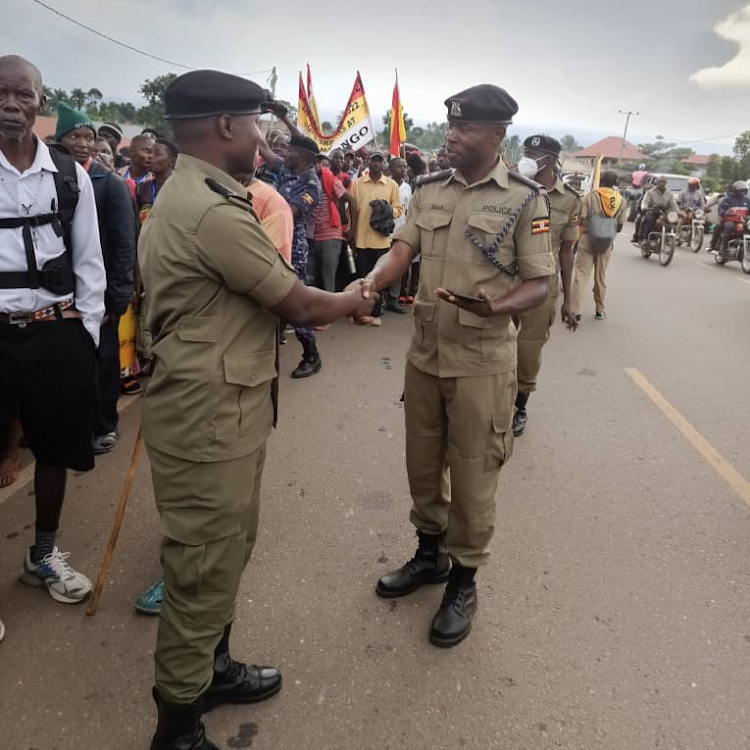 Some of the pilgrims on the way to Namugongo Martyrs Shrines
Image: Robert Ssegawa

The Inspector General of Police Martin’s Okoth Ochola has directed all territorial commanders to provide security to pilgrims trekking from different parts of the country and the neighbouring countries to Namugongo for Martyrs Day celebrations.

Every year, pilgrims trek on foot covering long distances from as far as Democratic Republic of Congo, Kenya, Tanzania, Rwanda, Burundi and South Sudan for the 3rd of June commemorations.

For the last two years,  the celebrations were held  scientifically for fear of spread of Coronavirus which saw gatherings banned. 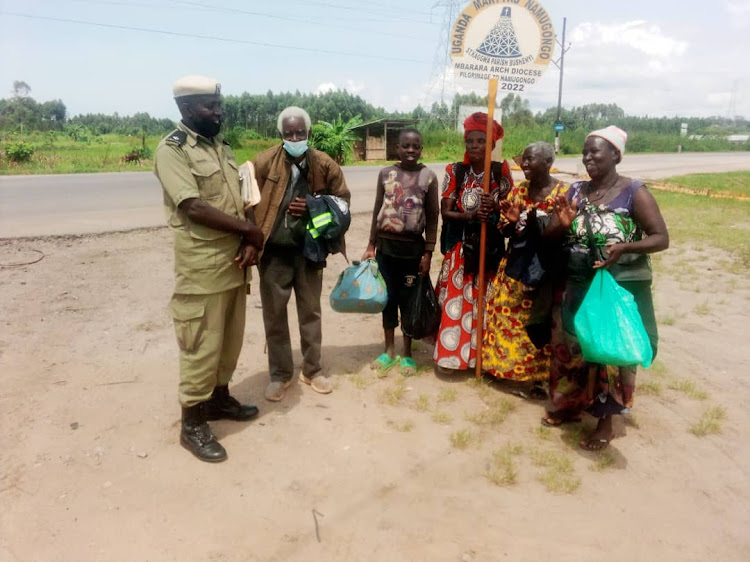 100 year old Bernado is among the many pilgrims who made it to the Martyrs shrine Namugogo
Image: Robert Ssegawa

In his directive the IGP wants commanders to ensure pilgrims have conducive habitable places, for sleeping, especially at schools, places of worship, community centres and restrict movement under the cover of darkness,.

Fred Enanga, the force Spokesperson said that police will also be responsible to identify those who cannot endure the journey and assist them.

Enanga further noted that the IGP asked   pilgrims to have national identification cards, water, masks and carrying light bags to Namugongo as well as restricted movements while trekking to avoid being knocked by speeding vehicles.

He adds that it is also advisable that team leaders and individual pilgrims reserve transport money on them, since the return journey is usually not by foot.

While in Kampala, Enanga advised the pilgrims and all well-wishers, especially new comers, to be vigilant and cautious while going through the heavy traffic but to also further guard themselves against criminals who target phones and other valuables.

“We wish all pilgrims a safe journey to Namugongo, as they walk to renew their faith and fulfil their religious obligations.”

The Uganda Martyrs are a group of 45 Anglican and Catholic converts to Christianity who were executed by the King of Buganda Mwanga Basamula Ekkere .