Tobacco Control Act 2015 has not had serious impact on the smokers. 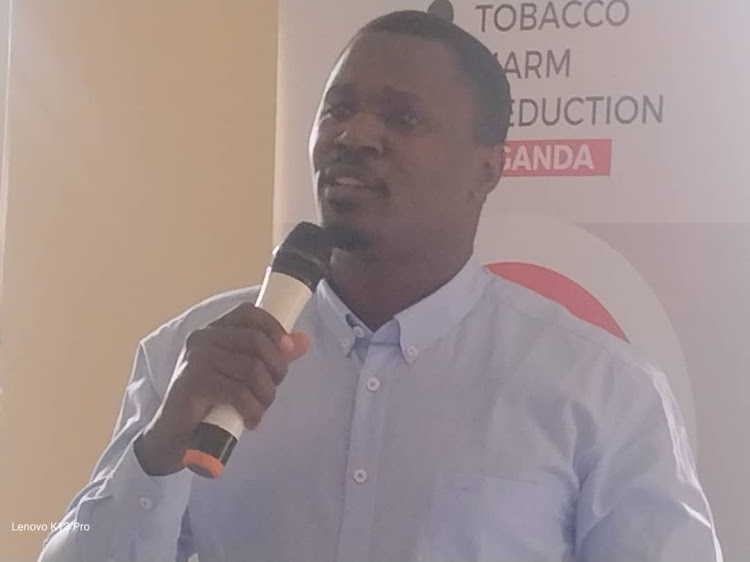 Research on the status of Tobacco use in Uganda released by Tobacco harm reduction Uganda shows that the enactment of the Tobacco Control Act 2015 has not had a serious impact on smokers.

While releasing the findings of the research in Kampala, the chairman of Tobacco harm reduction Uganda Joel Sawa said that the use of tobacco is still high both among the young and the elderly and in areas with high poverty levels more than among the well to do.

The study that was conducted in the districts of Kampala and Lira indicated that 25% of women in Kampala use Tobacco in form of smoking shisha more than 4.44% of men.

He said that a number of women had indulged in smoking shisha because it is offered in most the recreation places although it was banned under the Tobacco Control Act.

The report further indicates that a total of 82.35% use tobacco every day and the majority begin using it when they were young between 13 to 30 years.

The majority of the people who were interviewed said that they were not aware of the harms of Tobacco and the banning shisha but were aware that smoking in public was banned.

In order to reduce the number of people dying of tobacco-related illnesses, saw recommends that Government adopts policy interventions that can help people quit smoking such as safer nicotine products.

The findings are released as the world commemorates the world no Tobacco day on the 31st of May.