Parents asked to encourage their children to attain hands-on skills 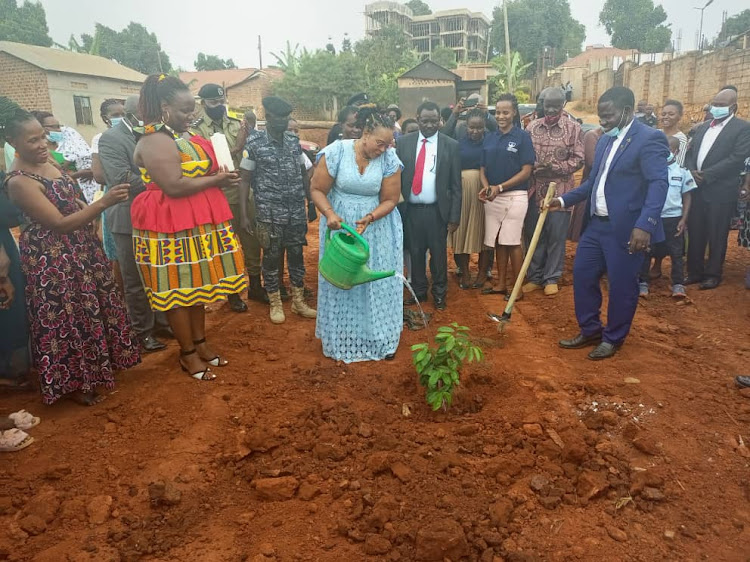 The State Minister of Lands Persis Namuganza is positive that the current youth unemployment in the country can be tackled by focusing on Technical Vocational Education and Training-TVET.

Although the government has come up with a number of ways to address the problem of youth unemployment through programs such as wealth creation, youth livelihood programs,s and now the parish development modal among others, these have been frustrated by corruption, nepotism, and bureaucracy.

Speaking at the grand opening construction of a vocational training building at Universal High School, in Kisaasi - Kampala which has also celebrated its silver jubilee, Namuganza, who represented the vice president, said that although youth unemployment stands at 23% the situation can be dealt with gradually."

Am glad to be here to unveil the new foundation of the universal vocational institute, so what I want to pledge is total support from the government I talked to President Museveni and he promised that he will mobilize 50 million to support the project for the start". She said.

She further noted that vocational institute means we now want to go hands-on, so I to appeal to parents, teachers, and whoever is in the education sector that these vocational institutions now are the way to go. "We want to teach our young people subjects that are hands-on so that when they finish school they don't find hardships of looking for jobs". She added

According to her, even if unemployment keeps growing, Uganda still has time and potential to reverse the situation and the redemption lies in technical Vocational Education that equips the youth with practical skills.

Namuganza also revealed that the government is planning to have at least a vocational institute in each district, and parents should stop the attitude of looking at vocational training as a life for failed students in schools, but instead should look at the sector as the future to lessen the unemployment crisis.

Meanwhile, Godfrey Nuwagaba, Director of Universal high school, noted that giving hands-on skills to students is very important, especially at this time when most Ugandans are joining the small and medium-sized business sector.

"Many students have graduated and found themselves in dilemma after walking every day looking for formal jobs, yet a student with hands-on skills would have an alternative," he said.

According to him, The population is growing, and youth comprising of 70% therefore there is a need to appreciate the role of the vocational sector in skilling this growing population.