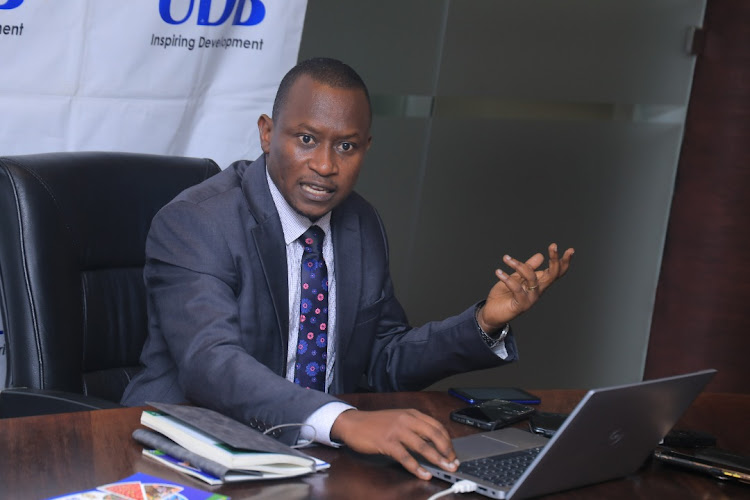 Government says over 41,338 jobs has been created through the Uganda development bank funding projects.

This among others are findings in Uganda Development Bank’s 2021 Direct Impact Report released today 7th Thursday, July in Kampala.

According to the Chief Economists at the Uganda Development bank Dr.Francis Mwesigye, Report highlighting the fundamental role that the Bank continues to play toward Uganda’s sustainable socio-economic transformation and growth.

The report shows that in the intervening period, the Bank’s investment created and maintained a total of 41,338 jobs, and a total output value of UGX 2.445 trillion was realized. This output value contributed UGX84 billion in form of tax revenue to the government, and Forex earnings of UGX405 billion.

The share of jobs created and maintained per sector was highest in Argo-processing at 41%, followed by Primary Agriculture at 30%.

The Manufacturing, Infrastructure, and Tourism sectors contributed 17%, 6%, and 3% respectively while other sectors that the Bank supports, including health and education accounted for 4%.

The report further shows that the enterprises funded by UDB generated profitability amounting to UGX314Bn. Through 2021, the highest profits being posted by enterprises in the Manufacturing sector which contributed 39%, followed by Argo-processing at 32%, and 21% from Primary Agriculture sectors respectively.

The tourism and health sectors contributed 4% and 2% respectively. Tax of the tax contributions reported, the Manufacturing sector contributed the highest share of 45%. This was followed by Argo-processing at 25%, Primary agriculture at 23%, and 3% for both Infrastructure and Tourism respectively.

The health sector contributed 1% of the total share of tax revenue reported whereas the Education sector had no contribution in light of the effect of the Covid-19 pandemic lock-down measures.

The share of foreign exchange earnings among the enterprises was highest in the Argo-processing sector at 50%, followed by the manufacturing sector at 33%. The health contributed 14% of the Forex earnings contributions.

In line with the Bank’s effort to democratize economic participation, the DI report notes positively that over 30% of companies funded by UDB are owned by women. The dedicated funding program for Women and Youth known as Special Programs launched in 2021 shall however be expanded to reinforce these targets as women and youth together constitute the most active segments in the economy as well as the most numerous.