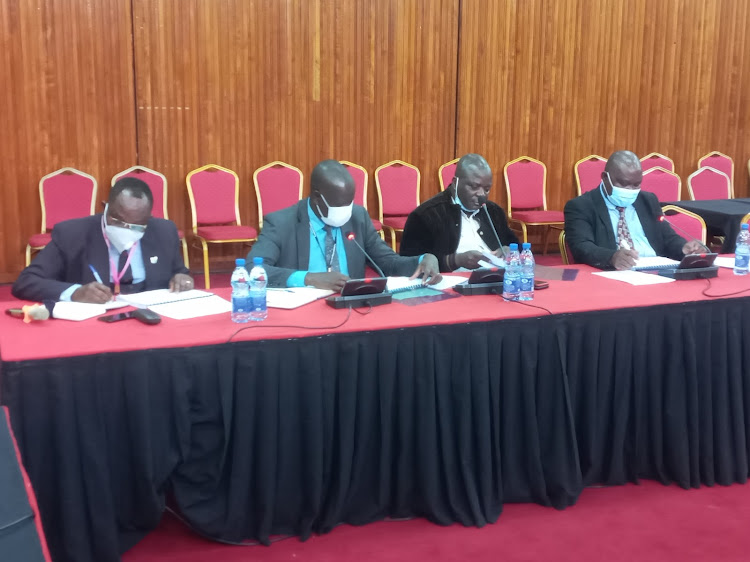 The Parliamentary Public Accounts Committee-central government, demanded for explanation as to why the rate of theft of Hospital Equipment, at the Arua regional referral hospital has hit record levels. 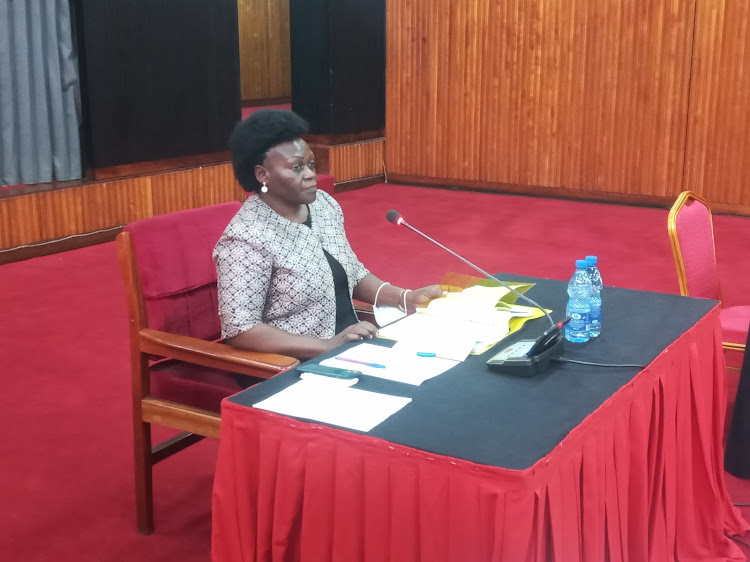 In response, the principal Human Resource Manager, Byamukama Leonard, said that scores of staff were on interdiction which demanded that they underpay some of them.

They include, drivers, laboratory assistants, three security guards on grounds of corruption, absconding, extortion, theft of medicine and other crimes.

The chairperson of the committee wondered whether staff were on interdiction forever but was told that some of them had been acquitted and looking forward to being reinstated.

This was as majority of legislators expressed concern over the high rates of corruption as well as subversive activities. 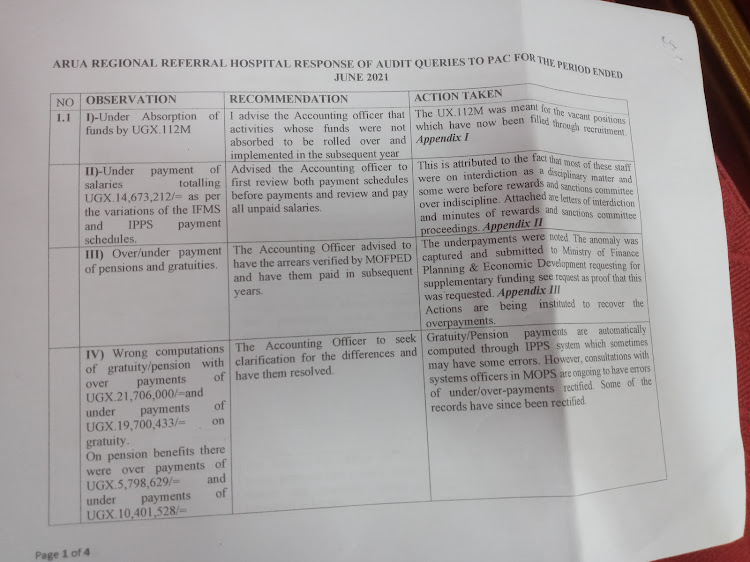 A copy of the Audit queries
Image: Edwin Muhumuza

Key concerns are that there was over payment of the pension, gratuity and salary to which the accounting officer noted that they had instituted a recovery code in which the money will be reimbursed to the treasury.

This irked members who wondered, why there was no specific and well detailed response to how they were ironing out the challenges put forward by the Auditor General’s report.

MPs also asked as whether they had details of the over-payment and a list of staff that were over paid. This was coupled with more concerns as to why they did not have supportive documents.

“We need evidence of the recovery of these arrears on Monday and verification of arrears by the ministry of Finance.” They remarked.

Legislators reiterated, “When we look at your responses, they are all hanging, what shows that actions are being taken?”

It was in light of this that the committee agreed to host them on Monday with a written response to the issues raised.