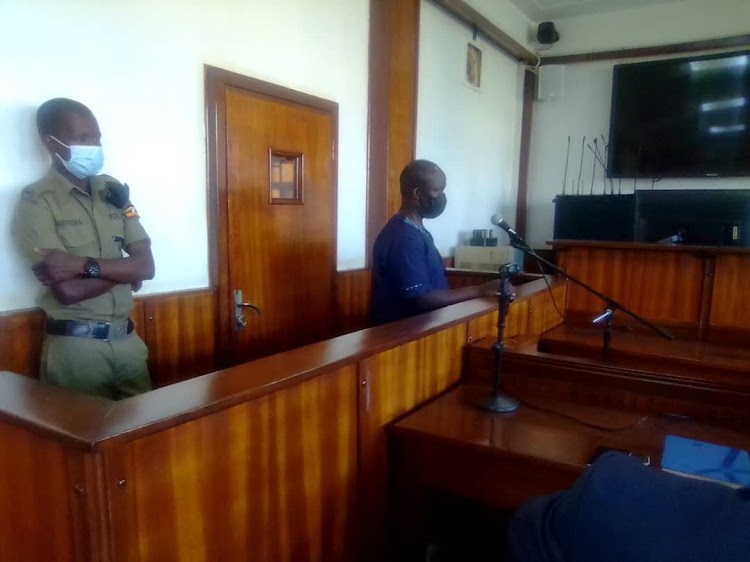 A lawyer, Ogik Jude of Ogik&Company Advocates has been remanded to Luzira prison for allegedly stealing over 1.2billion shlings that was meant to compesate the Lugwar clan of their Land being used by UPDF .

The 49 year old, and  a resident of Kitugum, appeared before Buganda Road Court grade one magistrate Sienna Owomugisha who charged him with one count of theft, three counts of uttering false documents and procuring Execution of False Documents.

He denied the said offences and was remanded until the 9th of September 2022, when he will return to court to start trial after prosecution informed court that police  investigations into the matter are complete.

It's alleged that Ogik Jude and othes still atlarge between 28th November 2017 and 14th January 2019,through Centenary Bank acvoubt in Kitugum district, stole cash amounting to 1,296,264,800 billion shillings; money meant to compesate the Lugwar Clan of their Land being used by UPDF.

He is also said to have uttered a false attendance list of names of the Lugwar clan bearing forged hand writing signatures to the secretary Uganda Law Council,purporting that it represents the true records of attendance whearasnot.

He is further accused of having instructed a one Odongo Moses, a surveyor with DNA Surveyors and engineers to write a false invoice of 250,000,000, to purporte as if he was required to pay that amount whearasnot.