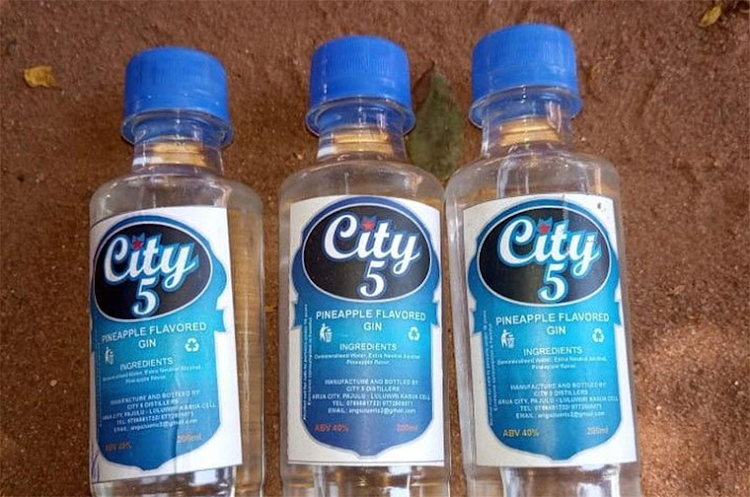 The City 5 Gin that killed 17 people in Arua district last week was excessively adulterated by methanol, an industrial chemical used to create fuel, and as a solvent, anti-freeze,according to Uganda National Bureau of Standards. It is also used to dilute wall paint and wood varnish,

In a statement issued by the bureau, the perpetrators deliberately and illegally used methanol as a cheaper alternative to increase the potency of City 5 Gin instead of Ethanol which is commonly used in making alcoholic beverages.

“Based on results from the laboratory analysis, it is clear that the likely cause of death for the people who consumed the City 5 Gin was due to excessive adulteration of the Gin with Methanol which was found to be between 17 to 16,183 times far more higher than the permissible level of 50 milligrams per litre which is specified in the standards for Gin” read part of the statement issued by UNBS.

A team from UNBS visited the Luluwiri Fruit Wine factory at Pajulu in Arua where the Gin was produced and picked samples that turned out to be excessively adulterated by methanol.

David Ebiru, the executive director, revealed that the City 5 Gin had not yet been certified for conformity to the relevant standards. He said it should not have been in production and on sale for the public.

“The factory had applied for certification of City 5 pineapple flavored Gin, which failed laboratory analysis for having low alcohol content which was below 37.5% volume required for a Gin” he said.

According to the bureau of standards, unlike Ethanol, methanol is poisonous for human consumption since it can easily be absorbed through the eyes, skin, lungs and digestive system with its over exposure causing death.

The bureau warned the public against consuming uncertified beverages.