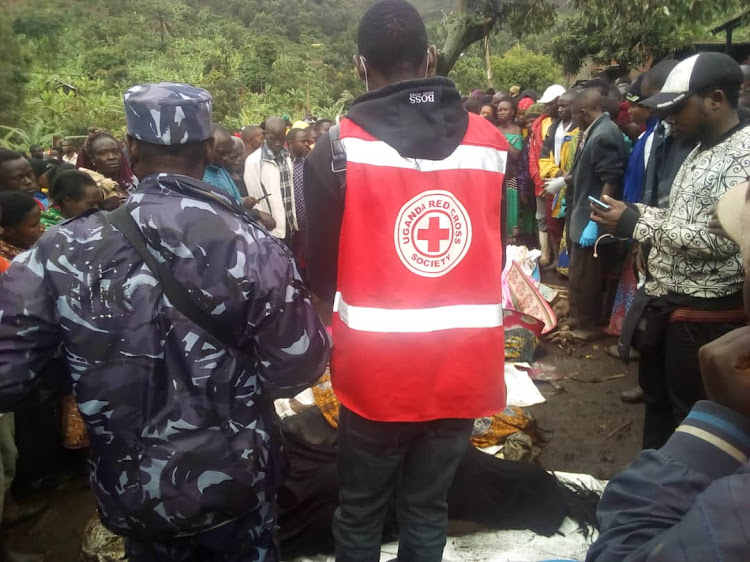 The bodies laid on the ground as residents turned up to identify the deceased
Image: Uganda Red Cross

15 people have so far been confirmed to have died in the landslide that hit the western district of Kasese on Wednesday.

Their bodies  were  recovered  from the mudslide that were triggered by the heavy rains that pounded the region last night.

Pictures from the area depict bodies of women and young children covered with pieces of clothes  lying on the mats on the ground after they were retrieved from the mud.

According to the Uganda Red Cross, houses in Rukoki sub county, Kasika village were submerged this  morning in mudslides and several people are said to be missing.

Six people who survived with injuries were referred to St. Paul's Hospital Kasese Municipality where they are undergoing treatment.

Irene Nakasiita the  Uganda Red Cross  spokesperson said  their team is on the ground for a search and rescue mission for any survivors.

“Our emergency response team is still on the ground working with the authorities and  local people in the community. We all know that this is a rainy season, as per the information we get from UNMA September will be the rainy season” she stated. 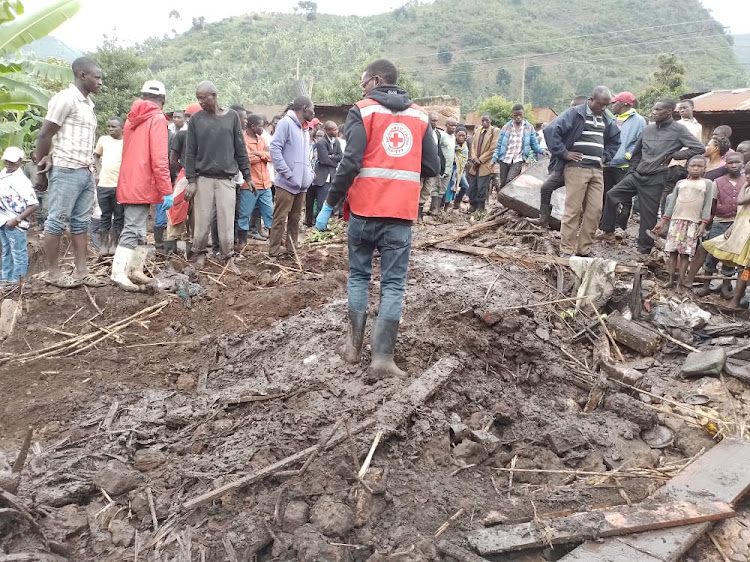 She noted that the Uganda Red Cross has been giving out early warning alerts to communities that are at high risk, including mountain Rwenzori region where Kasese is found.

URC  she revealed will continue to do community sensitization but also rescuing in case of any emergencies or disasters recorded anywhere in the country.

“We dispatch community  responders;what we call RACAT response action teams to work with the local communities and the authorities to support those that are injured  and those are  affected by any disasters or  emergencies in their area” said Nakasiita

The landslide happened at 4:00 Am  Wednesday and people living in disaster prone areas are being advised to vacate for the safety of their lives.