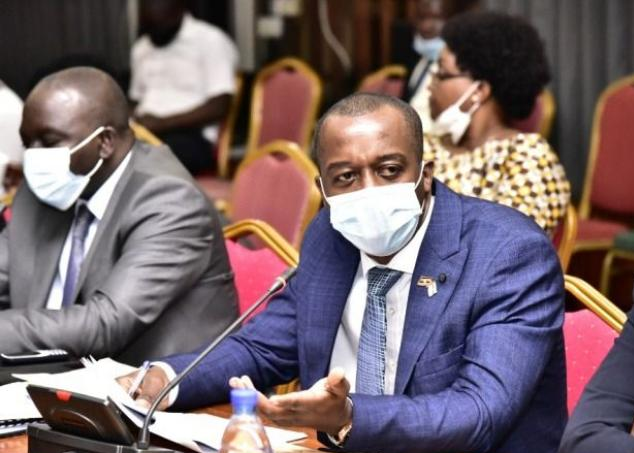 The Parliamentary Committee on Health wants the office of the accountant general to compel accounting officers, especially of the ministry of health to deliver their annual cash flow plans as a basis for the ministry of finance to release funds to them.

This is on account of the fact that the ministry failed to optimally absorb the funds that were allocated to them causing money to be swept back to the Treasury.

While interacting with some governmental referral hospitals, it emerged that the majority did not seek a revision of their budget and work plan, according to Committee Chair, Hon. Ayume Charles.

The Committee observed that the remittance of more funds than are required by regional hospitals does not only distort budgetary planning but also starves other deserving entities which fail to implement their plans as a result of inadequate financing.

According to the report of the auditor general, the funds were mostly meant for wages, gratuity, and pension that were not fully paid by the end of the financial year adding that most accounting officers attributed it to delays in recruitment by the Health Service Commission/Ministry of public service.

“The Committee had a chance to interact with the Health Service Commission on the matter and noted that the long bureaucratic processes of recruitment that reportedly takes an average of 5 months were partly to blame for the delay.”

“The Committee notes that this is one of the causes of under absorption. Section 17 of the Public Finance Management states that any appropriation by Parliament shall expire by 30th June and cease to have any effect at the close of the FY for which it is made.” Ayume noted.

The Committee observed that the remittance of more funds than are required by the entity does not only distort budgetary planning but also starves other deserving entities which fail to implement their plans as a result of inadequate financing.

While interacting with some of these entities, the committee discovered that the majority of the affected accounting officers did not seek a revision of their budget and work plan as provided for under section 17 (3) of the PFMA, 2015.

Mulago National Referral Hospital had a total warrant of UGX. 63.5billion received during the financial year, out of which UGX. 59.3 billion Was spent resulting in an unspent balance of UGX4.1billion, representing an absorption level of 93.4%.

The Committee also noted with concern a growing trend by the Ministry of Finance of releasing money over and above what the entities request.

In a Letter to the permanent secretary and secretary to the treasury (PSST) dated 24th March 2020 for example Lira Regional Referral hospital submitted gratuity estimates of UGX 138.2 million. However, the Ministry of Finance sent a sum of UGX.638 Million over and above what they requested Similarly, Mubende Hospital reported an unspent balance of UGX.2.l5 billion, attributing it to the allocation of pension and gratuity e requirements of the vote.

It is therefore in that regard that the Committee recommended the enforcement of section I5 (2) of the PFMA, 2015 which requires that the annual cash flow plans issued under sub-section (1) be the basis for the release of funds to entities, adding that the accounting officers should strictly adhere to the annual budget performance contract signed with the PS/ST pursuant to Section 45 of the PFMA, 2015.

The contract binds accounting officers to deliver on the activities in the work plan of the vote for the financial year submitted under section 13 (15) of the PFMA, 2015.

Finally, the release of more funds than is required by the entities should be investigated by way of a forensic audit.