17 Men Jailed 60 Days For Being A Common Nuisance. 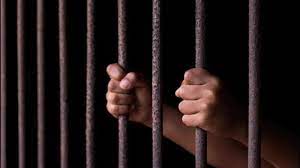 Buganda road Court has handed a two month  jail sentence to the 17 People who were arrested in an Operation by KCCA dubbed; "Keep the City Clean.

Grade one magistrate Asuman Muhumuza jailed the suspects after they pleaded guilty and subsequently convicted on the offence of common nuisance.

Prosecution's Judith Nyamwiza informed Court that on 19th September/2022 the accused persons while at Old Taxi Park, Market Street and Energy Centre in Central Division Kampala District; obstructed and inconvenienced the public in the exercise of their common rights by  being rowdy and blocking public walkways thereby concluded to be common nuisance.

While sentencing them; the Magistrate Muhumuza noted that this case is rampant in the Central Business District and it's from the actions of the convicts that people's property like phones and bags get stolen on top of them being assaulted;  making it difficult for people to transact their business; which affects the economy.

He stated that the punishment is to serve as a deterrent to the convicts and the would be offenders from committing the same offence.