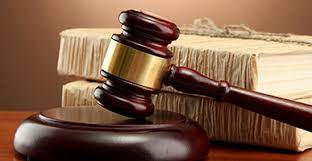 Buganda Road Court has further remanded Businessman Bamwesigye Willis Mbababzi, who is  accused of  defrauding a Judicial Officer of 450 million shillings in a fraud land scam.

Mbabazi,  a resident of Jinja Kalori Nabweru Division, Nansana Municipality in Wakiso District is alleged to have obtained the money from Magistrate Bagyenyi Dorothy between 2019 and 2021 within Kampala.

He falsely pretended  that he was selling to her land situated at Masheruka in Sheema District whereas not.

The  35 year old Businessman denies the allegation and on Friday  he appeared before Grade One Magistrate Asuman Muhumuza for his bail application.

However  the Prosecutor  of this case was not present.

He was further remanded back  at Luzira prison until  the 13th of October 2022 for trial to start.

Evidence shows that the two were lovers at the time the alleged crime was committed.