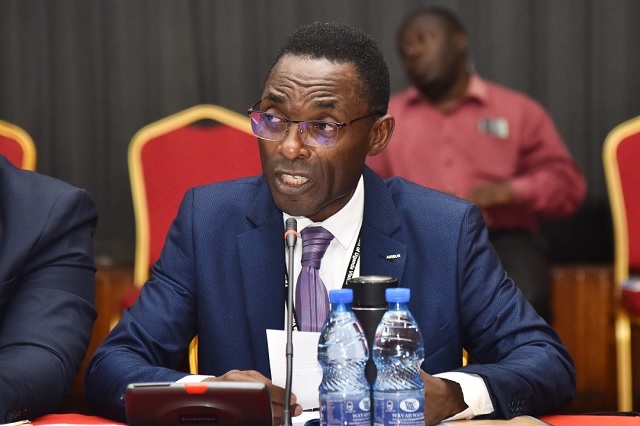 The Former Uganda Airline Boss and Zambian National , Cornwell  Muleya has been ordered to defend himself on charges of disobeying Lawful orders of the Inspectorate of Government.

Buganda Road Court grade one magistrate Asuman Muhumuza ruled that Muleya had a case to answer on the said charges due to evidence adduced by the IGG to sustain the charge.

According to the  IGG, the said orders were  requiring Muleya to appear in May 2022 to be investigated on allegations of mismanagement of public funds, procurement and recruitment of Staff at Uganda Airlines; but he refused to comply and did not give  justifiable reasons.

Presiding Grade One Magistrate ruled that  Senior Inspectorate Officer Rogers  Kinobe proved that Muleya was actually in the Country at the time he was duly served with the IGG summons dated 23rd/May/2022, but chose to ignore it.

The Court  declined to release   his Passport as requested  to travel to Equatorial Guinea next month for Business prospects.

The Magistrate instead informed him that the case   against him is in advanced stages,and since he has  a case to answer handing him  his   passport  would  delay the matter.

Court has set the 7th of October 2022 when he will start his defence.

He was the CEO until April 2021 when the minister of Works and Transport,Gen.Edward Katumba Wamala fired him with President Museveni ordering  Investigations into  corruption allegations.