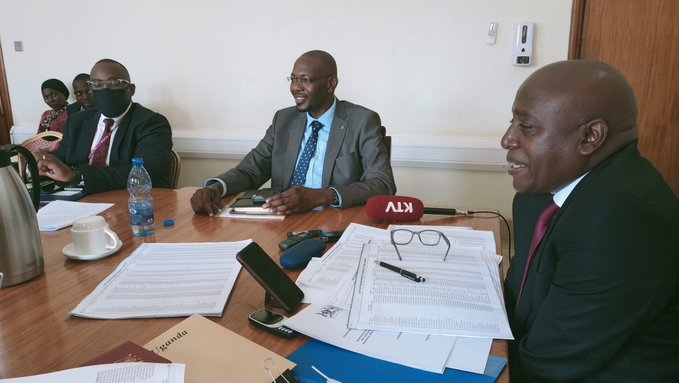 Kafuuzi told the Committee on Government Assurance and Implementation presided over by the vice-chairperson, Hon. Joseph Ssewungu, that to date, 20,727 claimants have been paid a total of Shs.50 billion in the 27 districts in Acholi, Lango, West Nile, Karamoja, Teso, Sebei, Bukedi and Busoga sub-regions.

The Deputy Attorney General appeared before the committee, which is following up on government assurances on compensating people who lost their cattle during the different insurgencies and wars in the sub regions, on Thursday, 22nd  September 2022.

He added that claimants being paid are those who sued government, which prayed that the cases be settled out of court.

Kafuuzi, however, said that the estimated amount needed to complete the compensation would be Shs.2 trillion that would cater for all war debt claimants of Acholi, Lango, Teso, Karamoja, West Nile, Sebei, Bukedi, Busoga and other regions.

He said that this figure is not yet verified, but rather an estimate basing on several other districts that seek to be included.

Hon. Ssewungu tasked the Attorney General to provide details of some of the beneficiaries of compensation from Kwania district.

He also said the committee will interface with Anthony Odul who was awarded Shs.136 million for 136 cows; Anthonio Opio who was paid Shs.120 million for 120 cows and William Okidi who received Shs.108 million for 108 cows.

He said the sampling of the compensated persons is meant to establish the facts around the exercise.

Kafuuzi ruled out using part of the funds meant for compensation to meet administrative costs as was the case in earlier exercises.