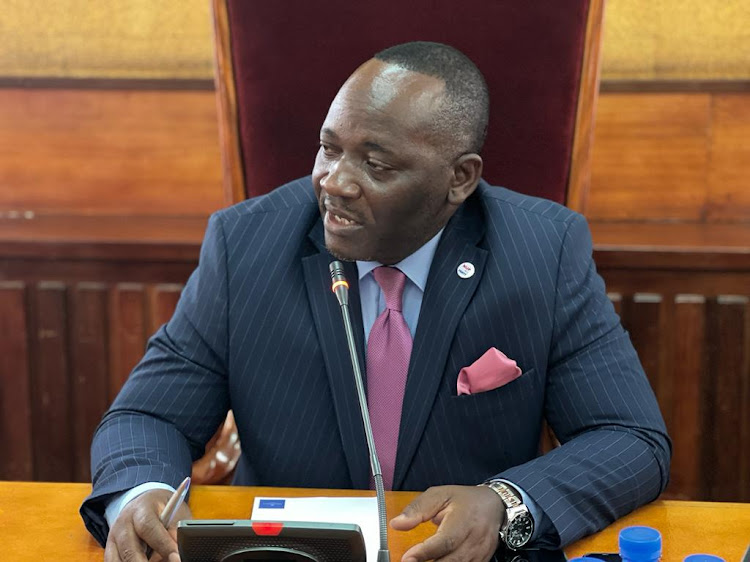 Leader of the Opposition in parliament Hon.Matthias Mpuuga addresses parliamentary journalist ahead of the upcoming EALA polls
Image: Courtesy

The opposition in parliament has resolved that each of the opposition parties represented in parliament convenes it caucus to deliberate on some of the important matters raised by members relating to the forthcoming East African Legislative Assembly (EALA) elections.

The decision was taken during an opposition caucus meeting   , chaired by their Leader Hon. Matthias Mpuuga relating to the forthcoming EALA elections.

According to Mpuuga, the conduct of the NRM and its chairman of wishing to determine the NRM candidates and those of the opposition is illegal.The meeting was held to establish a possibility of harmony and taking a decision on the extent of participation of the individual parties.

“Remembering that the leading opposition party, the NUP declared a stance of non-participation did not make it vacate the duty of leading other parties on the platform that has candidates. Therefore, the convening powers of the law had to be invoked to try and establish a possibility of having a common voice of the opposition not only on the candidates participating but also the processes that will have since indicted the opposition in parliament as being prejudicial and therefore puts the opposition in a position where they (the opposition) must submit to the whims of the ruling party,” remarked Mpuuga. 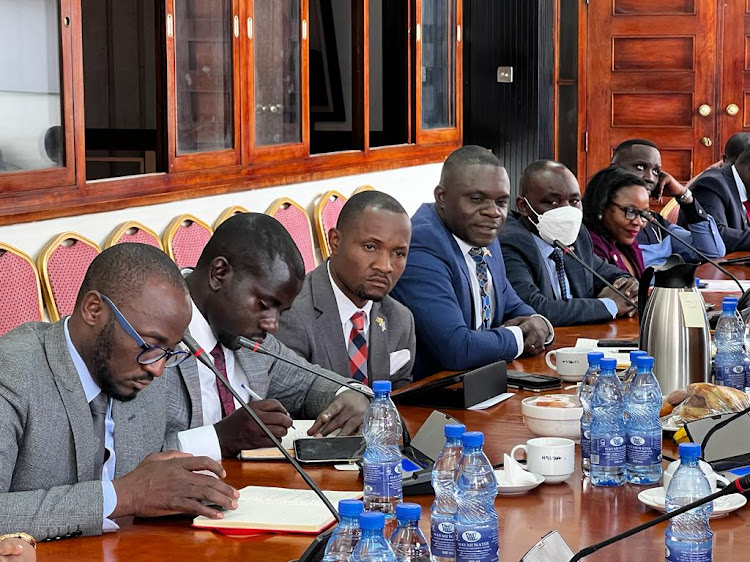 Members of the oppositin in parliament during their caucus
Image: Courtesy

The caucus took exception to the conduct of the NRM and its chairman of wishing to determine the NRM candidates and those of the opposition according to Mpuuga.

“We took exception to this patronizing behavior of the NRM party and we said we must find ways of objecting to this and we have looked at this positions as being used to try and patronize the opposition. At the end of our long conversation we did not declare any support for any candidates from the opposition because our position to participation is still equivocal,” said the leader of the opposition in parliament.

While addressing the press,he revealed that they had resolved that each of the parties convene its caucus to deliberate on some of the dicey matters in the process that they had discussed and then convene again on Tuesday next week at 10 o’clock to come up with a joint position on all the processes and eventual participation in the election.

“In other wards we have allowed individual parties to go back and deliberate on the entirety of the issues that have arisen in our meeting including the possibility of not participating at all these elections owing to their skewed nature, noncompliance to the covenants of the East African Community especially article 50 of the treaty and an attempt by the ruling party to decide all candidates and therefore all members of the east African parliament from Uganda. 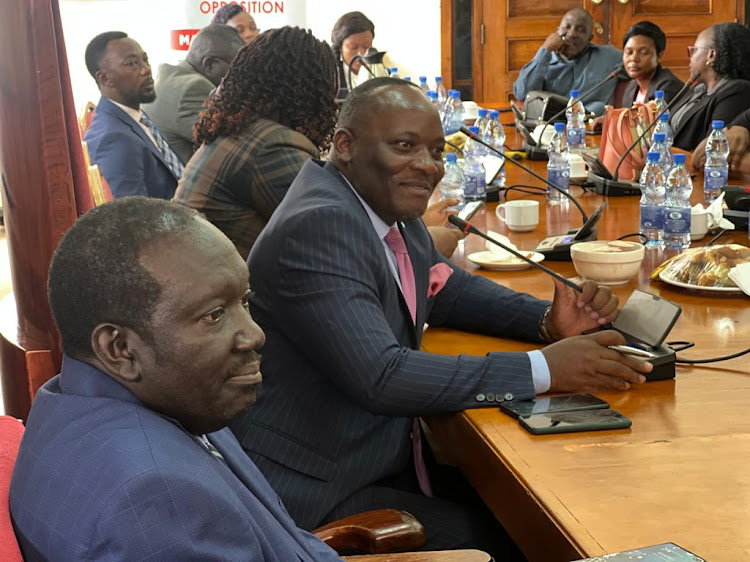 Currently, the Assembly has 54 elected Members; and 8 ex-officio Members totaling 62 members. Each of the East African Community member countries has to send nine legislators to the Arusha-based Assembly. The term of the current EALA members ends this year and elections are scheduled for December.

Ahead of next month's elections, the ruling National Resistance Movement -NRM party in July resolved to maintain all its six incumbent representatives at EALA in recognition of their exceptional performance to continue their tenure for another term. The incumbent NRM members are; Mary Mugyenyi, Rose Akol, Stephen George Odongo, Denis Namara, James Kakooza, and Paul Musamali Mwasa.

On top of the six NRM candidates, the party in a recent Cooperation Agreement signed by President Yoweri Museveni and Democratic Party’s President General, Norbert Mao agreed to support the election of a DP candidate to EALA. Gerald Siranda.

The  DP Secretary General has already been nominated as the party candidate. The Forum for Democratic Change -FDC nominated Harold Kaija as their candidate for the EALA race while Uganda People's Congress -UPC nominated Fred Ebil.

The opposition has 6 seats and so far NUP and  PPP have no candidates in the race.