Introduction of 2nd dose of the Measles-Rubella Vaccine underway 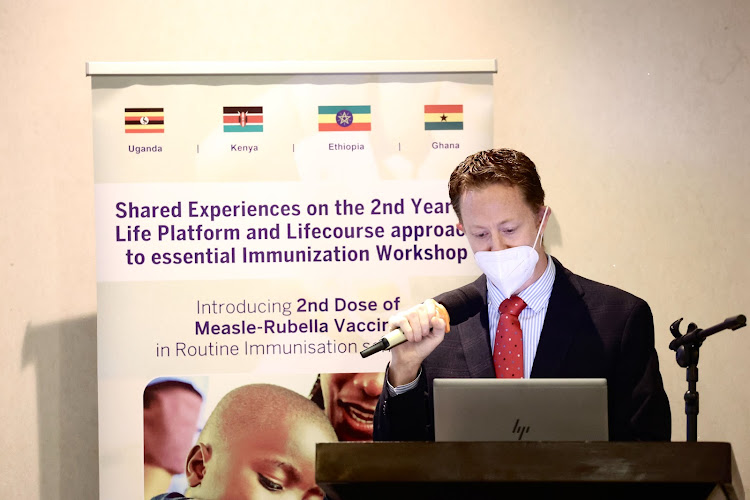 The Ministry of Health in collaboration with the African Field Epidemiology Network (AFENET) and the U.S. Centers for Disease Control and Prevention (CDC) have finalized a 3-day information sharing workshop.

The aim was to learn and hear experiences from other African countries including; Ethiopia, Ghana, and Kenya about their experiences with vaccination in the second year of life, particularly focusing on the introduction of the second dose of the Measles-Rubella vaccine.

Participants deliberated on the best practices, lessons learned and challenges faced in delivering immunization services to children in their second year of life.

They also collaborated, and cooperated around shared goals for the region on strengthening routine childhood immunizations in the critical first and second years of a child’s life.

The acting Uganda Country Director for the US CDC Dr Arthur Fitzmaurice said the planned introduction of a second dose of the Measles-Rubella vaccine in Uganda is perfect timing.

“The move follows the direction of the Immunization Agenda 2030 which has a focus to leave no one behind. To allow everyone everywhere at every age to fully benefit from vaccines for good health and well-being,” he said.

In remakes made on behalf of the Director General of Health Services Dr Henry Mwebesa, the Director of Public Health Dr Daniel Kyabayinze , said that introducing vaccination in the second year of life is the starting point of the many opportunities to strengthen and expand immunization systems towards the life course approach.

“This requires the engagement of new sectors for example Ministry of Education and its partners, as well as the private sector. Also required are tailored, locally driven strategies to reach new target age groups with different characteristics. It also requires integration into existing health interventions and setting a stage for other vaccines that may come on board in future, overall extend the protection of vaccine-preventable diseases into later life.”Kyabayinze remarked. 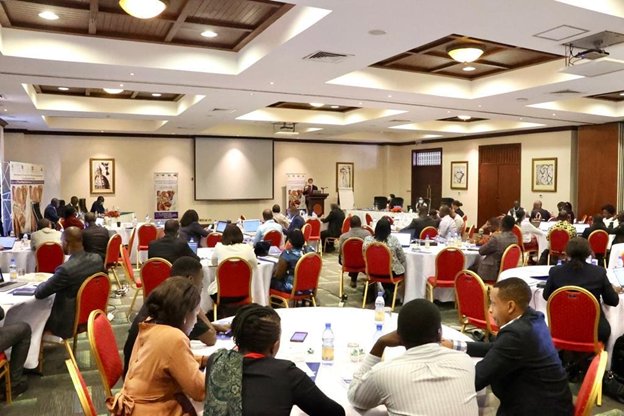 AFENET Director Dr Simon Antara said vaccines have been the game changer in the fight against infectious diseases.

“Vaccines made it possible for a disease such as smallpox to be eradicated. We are on the verge of eradicating polio, thanks to vaccines. At every stage of life, there are vaccines that can help prevent diseases, ensure healthy populations, enhance economic activities and improve the quality of life,” said Dr Antara.

“This is the reason why the life course approach to immunization is so critical. Increasing investments in vaccination can help keep people healthy and prevent productivity loss through illness and absence from work. Indeed, several studies have found high returns on investing in immunization, ” he added.

Uganda’s immunization schedule has been stopping at 9 months, but now with the planned introduction of the second dose of Measles-Rubella at 18 months, the country is looking at another platform.

Speaking to Capital Radio, the Ministry of Health revealed that they had started consultations about how to kick-start the nationwide immunization drive, scheduled to begin in October even as they devise means to reverse the trend where parents ignore immunization, as their children enter the second year of life.

This was after it strongly emerged that the enthusiasm for immunization declines after the 1st nine months of infant yet certain diseases require immunization among children, adolescents, and in old age in order to benefit them maximally.

Relatedly, the workshop coincided with increasing concerns over the spread of leprosy, especially in the West Nile region and one other reported case in Eastern Uganda.

While polio cases are also on the rise, the Program Manager of the National Expanded Program on Immunization (UNEPI) in the Ministry of Health, Dr.Alfred Driwale said leprosy is more of an emergency today that needs immediate attention.