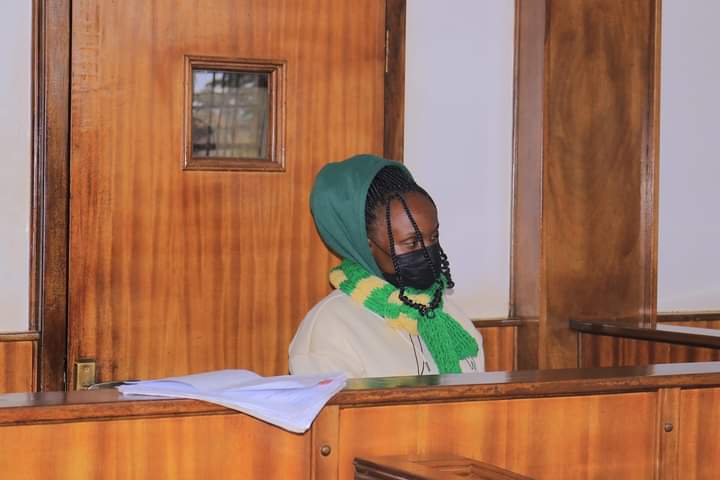 Buganda Road Court has set the 3rd of October to Rule on a bail Application filed by a one Teddy Nalubowa who is charged with allegedly Celebrating the death of General Elly Tumwine.

The  27 year old and strong  NUP supporter who goes by the name Trace Manule Bobiholic, appeared today in Court  for hearing of her bail application together with her lawyer and Kampala district Woman MP Shamim Malende supported by other NUP supporters led by party Secretary General Lewis Rubongoya among others.

Prosecution states that on 23rd/August 2022  at Ndeeba in Rubaga division,  Nalubowa without a legitimate purpose to  use a computer willfully and repeatedly posted  a video on her social media outlets with an intention of disturbing the peace of president Museveni by celebrating the death of Gen. Elly Tumwine also adding  that  President Museveni will also die one day .

On the 9th of September this year, Bobiholic was remanded to Prison by  Grade one magistrate Marion Mageni without any legal representation after pleading not guilty to the offence of offensive communication.

She also informed court that she could not remember  that whatever information she posted on her tik -tok and Facebook accounts since , she was under the influence of alcohol.