Uganda has joined the rest of the world to commemorate World tourism day, a day where people the world over join together to reflect on the importance of tourism.

The celebrations are being held at Sheraton Hotel Kampala under the theme “rethinking tourism” as the country looks to invest more of its resources in marketing itself as the safest travel destination in the world.

Under the new destination brand “explore Uganda”, the Pearl of Africa recently launched by President Museveni, Uganda seeks to increase tourism earnings. Uganda's domestic tourism increased from 15% (2020) to 34% by end of 2021.

Chief Guest, Agriculture Minister, Frank Tumwebaze called for a forum that unites all players in the sector to ensure proper coordination to move in the same direction. 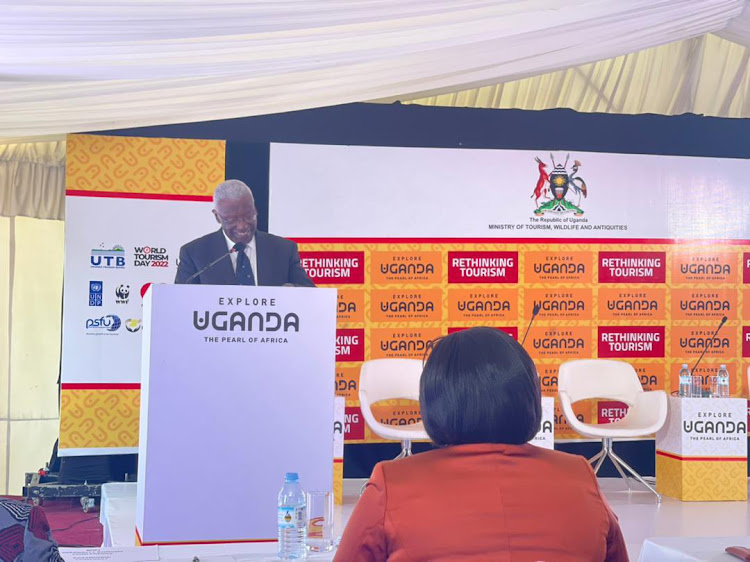 “Tourism is not an isolated sector for few players and stakeholders. If it wins, everybody wins. More tourism numbers in the country means more eggs eaten and sold and that is why we need a forum just like the Justice Law and Order Sector (JLOS) also there should be effective and sensitive communication because equally other countries have challenges,” said Tumwebaze.

The Cabinet Minister of Tourism, Wildlife and Antiquities Hon. Tom Butime appealed to tourism players to use tourism to earn support for conservation initiatives.

“Apart from encouraging visitors to Uganda, tourism is essential for an appreciation of wildlife conservation. Things like human-wildlife conflict widespread in many wildlife zones can use tourism to earn the support of conservation initiatives through benefits realized as a result” 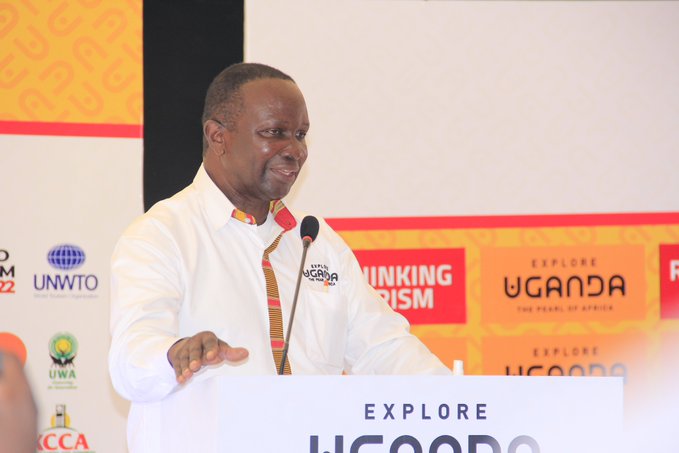 During the event Chairman of the Uganda Tourism Board, Hon. Daudi Migereko called for Public-Private sector engagements and collaborations for sustainable tourism development, especially with calls to cabinet and parliament to unite towards the tourism agenda just like in neighboring countries.

“The leadership should heavily involve itself in tourism and then encourage everybody to take interest in it,” he remarked.

“The King of Toro did what even Kabalega was not able to do, he climbed up to the summit of mountain Rwenzori, this was not a mean achievement but for the industry, it was a major breakthrough because the entire global media was there to cover him and now he is one of our best partners in driving our message to the world.”

Migereko said that the other thing that will be discussed in the cabinet will be sports tourism because Ugandan athletes have done well on the international scene and are being discussed everywhere in the world.

Recently, the just concluded Nyege Nyege festival attracted thousands of international travelers, capturing the attention of the government and according to Migereko, while delivering his speech expressed the need for it to be supported more.

“I had never seen so many Lorries and buses of Kenyans entering Uganda, Americans gathered in one place, Australians and Nigerians. Now people are looking for a spot called Itanda Falls and we need to take advantage of this and government should be ready for an avalanche of visitors courtesy of the three main events that have happened in our country,” he added.

The celebrations climaxed with the handover of a bus to one of Africa’s best tourism training institutes Uganda Hotel and Tourism Institute (UHTI)based in Jinja City, two tour vans to the Uganda Tourism Board, two minibusses, and a double-cabin courtesy of the  Competitiveness Enterprise Development Project( CEDP).