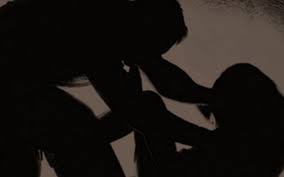 The Court of Appeal has upheld a 23-year jail sentence that was handed to a 47 year Old Man and HIV positive and defiled his neighbor's six-year-old granddaughter.

Three justices of the Court of Appeal led by Justice Elizabeth Musoke ruled that the 23 years handed to Mubiru Ronald was not harsh and manifestly excessive since the victim was just three years old and that Mubiru was supposed to be a guardian to her but instead chose to defile the child and that he was HIV positive.

The Justices however deducted the two years and four months he had spent on remand and he served 20 years and six months in jail.

Facts of the case show that the victim aged six- years old lived with her grandmother at Lukonge village, Kayabwe in Mpigi district and the Appellant was their neighbor separated by only one house and that on the  15th  of October 2017, the victim's grandmother discovered that the Victim was discharging an awful smell and was continuously falling sick.

Upon Inquiry, the victim revealed to the grandmother that she had been defiled by Mubiru.

The victim further confessed to her grandmother, that the Appellant dragged her to his house when she came from school, tied Cell tape on her Mouth, and threatened to cut her if she creamed before defiling her at 1:00 PM.

Medical Examination revealed that Mutebi was HIV positive and was arrested and Justice Henry Kaweesi Isabirye sitting at Mpigi High Court jailed him for 23 years on the 26th of September 2019.

He appealed only the sentence on grounds that it was harsh and manifestly excessive.

He further claimed that he had a family to take care of, which grounds were all dismissed by the court of Appeal. End.