Prime Minister calls for migrant workers to use proper channels. 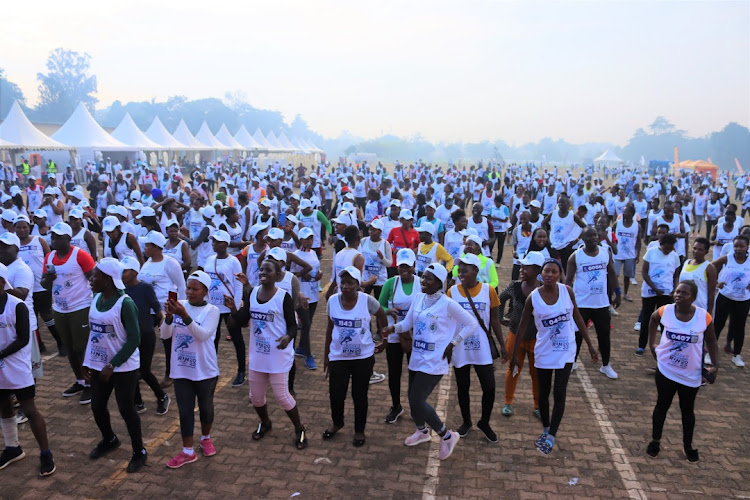 Some of Participants at Kololo independence grounds

Uganda’s Premier Robinah Nabbanja has called upon all migrant workers to always use right channels and legitimate labour recruitment agencies to avoid frustrations and also access government support easily once they get into trouble.

In her remarks delivered by State Minister Kyofatogabye Kabuye during the Migrant stakeholders run 2022  in Kampala, Nabbanja insisted that many of Ugandans who don’t use right channels are putting their lives at risk. ‘’If you don’t know the right and proper channels please seek for information from government departments or a good friend to avoid falling a victim she said.

According to her, professionals like Doctors, Lawyers, Teachers, Technicians, and Engineers among others should be recruited since they are paid better.

She further stresses the need as government to have in place a comprehensive mechanism to truck and monitor the operations of all labour recruitment agencies in Uganda.

The run meant to create awareness about the rights of migrant workers and to highlight possible ways of addressing these challenges that Migrant workers face.

During the run, best recruitment companies were recognized by the organizers and were encouraged to keep working in a way which does not violate or abuse the rights of migrant workers and also continue to link up the migrant workers to legitimate companies that will not violate their rights.

The UN estimates that more than 620,000 Ugandans live outside the country, working in East Africa, Africa, Europe, Asia, Americas and Middle East among others.

At least 16,397 Ugandans left the country between January and February in search of employment, according to data from the Ministry of Gender, Labour and Social Development.  The details are contained in a Ministry of Gender migrant labour report that covers at least six years from 2016 and part of 2022. The report indicates that at least an average of 24,086 Ugandans leave Uganda annually in search of employment, especially to the Middle East.