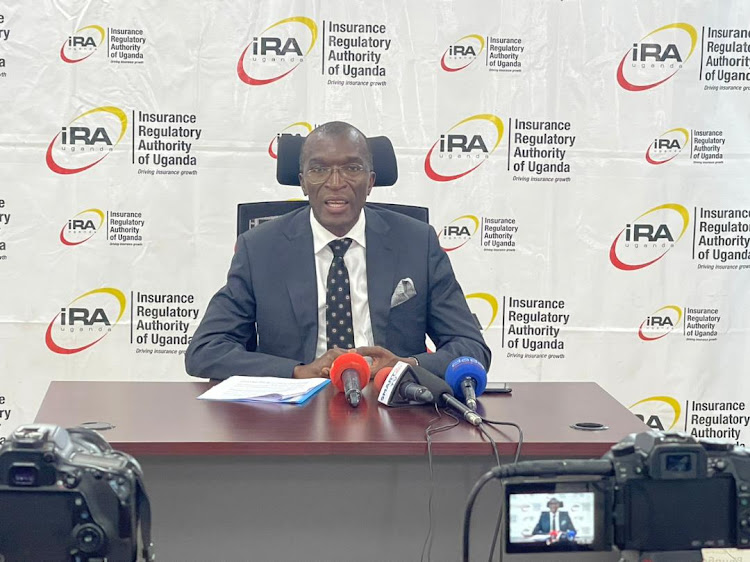 The Insurance Regulatory Authority of Uganda (IRA) has  announced that Uganda’s insurance industry posted an 18.57% growth in gross written premium for the third quarter of 2022.

The IRA Chief Executive Officer, Alhaj Kaddunabbi Lubega says the growth is a statement of the insurance industry’s resilience in an economy that is contracting due to challenging macroeconomic fundamentals, characterized by double digit inflation.

Non-life insurance business generated UGX 632.3 billion during the period under review, compared to UGX 528.8 billion posted over the same period in 2021.

Life insurance business on the other hand generated UGX  351.3 billion in the period under review compared to UGX 291.6 billion registered in the third quarter of 2021. This represents a 20.46 percentage growth.

The gross written premium collected through the brokerage distribution channel during the period under review was UGX 367.6 billion, accounting for 27.5 percent of the total insurance premium during the third quarter of 2022.

On his part, The Director Planning, Research and Market Development Mr. Protazio Sande says brokers remain critical players in the market as they play a critical role in providing expert and value-adding advice on risk management to their clients.

Health Membership Organizations (HMOs) generated UGX  33.04 billion. Although this was an increase from UGX  21.97 billion posted in the second quarter of 2022, it is a 7.97 percent decline from UGX 35.9 billion underwritten in the 2021 third quarter.

IRA attributes the decline to a recurrent effect of acquisition of IAA by Prudential Life Assurance.

This was partly attributed to hardening economic times as inflation continues to make it hard for the population at the lowest levels of the economic pyramid to save.

Alhaj Kaddunabbi further notes that while industry growth for the third quarter of 2022 had been projected at 15 percent basing on the anticipated constraints, it actually grew faster at 18%. With this growth, the end of year growth projection has been revised to 14.2 percent from 12 percent that had been projected earlier.

He, however, notes that with the macroeconomic fundamentals still unfavorable, especially the double-digit inflation which is affecting people’s purchasing power and constraining savings, it will continue to impact on demand for insurance given that it is not yet a priority for most Ugandans.

The industry also posted an increase in the volume of claims paid during the period under review, an indication that industry players are committed to honoring claims.

UShs 476.52 billion was for instance paid out in gross claims during the period, accounting for 44.1 percent of the industry’s total premium. This is an increase from UShs 363.15 billion paid in the third quarter of 2021 which represented 39.82 percent of total premium.